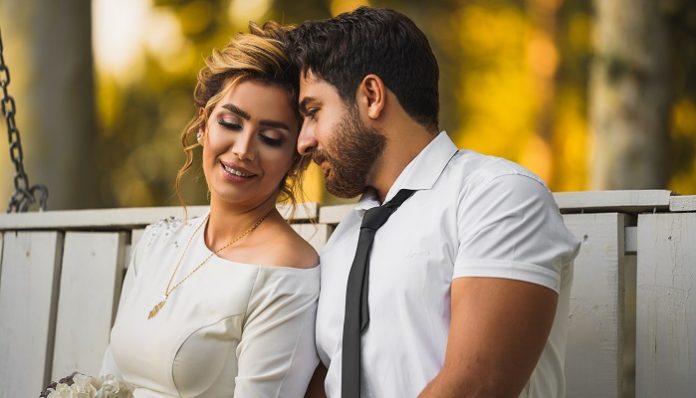 Marriage is associated with all kinds of personal benefits, like more happiness and better health. But financial ones? Not so much.

You want to have a healthy financial relationship. This is especially true if you’re already living together and sharing household expenses.

While some couples who get hitched will get better treatment from the taxman or insurance providers, others could end up spending much more. That’s why you really need to talk about finances.

See if you could be among couples who will lose money just for making it official.

1. You’re both breadwinners and you do better (or worse) than average.

The so-called “tax penalty” starts hitting childless couples jointly earning more than $171,000 per year, when both spouses are earning a decent income. As one spouse starts to significantly out-earn the other, the couple swings into tax bonus territory.

A similar pattern takes hold for couples collectively earning about $30,000 or less. Want to see how much more, or less, you’ll pay in taxes if you tie the knot? Check out this Rorschach chart created by the New York Times.

If you have a child, you’re much less likely to escape the long arms of the taxman. Only super-struggling couples with a kid (or those where one spouse earns little to no income) are likely to be better off tax-wise after getting married, compared to if they’d stayed single.

2. You get health insurance subsidies through the Affordable Care Act.

Let’s say you’re a 32-year-old living in San Francisco with your same-aged significant other. You’re each scraping by on babysitting or bartending gigs, earning about $32,000 per year apiece, while you try to get your startup off the ground.

Through the California state exchange, you each get a subsidy of $129 per month to help you pay for health insurance (that’s $3,096 over the course of the year, for the two of you). Now, get married.

Your subsidies drop to exactly $0 because of the law’s income limits on assistance. This can happen all over the country. Married couples earning more than 400% of the federal poverty level ($63,720 in 2015) are no longer eligible for health insurance subsidies.

3. You share a health insurance plan — and use it.

Maybe you want to marry because you’re pregnant and it makes sense for you to get a family plan, perhaps through one of your employers.

Watch out for a sneaky little clause that the plan’s Summary of Benefits and Coverage may not even mention. It has to do with how the deductibles and out-of-pocket maximums are applied to individuals versus the family as a whole.

An “embedded” deductible is what you want. If either of you gets sick or has a baby, once your bills hit the individual limits your insurer starts to pay. But if the plan uses an “aggregate” method, one person’s bills can add up to the entire family’s limit before insurance starts to pay.

Since family plan deductibles and out-of-pocket maximums are often double what they are for individuals, the difference in what you’ll have to pay out of pocket could be as high as $6,600 per year.

The aggregate method will be going the way of insurance companies’ refusals to cover preexisting conditions (i.e. no longer allowed) as of 2016, thank goodness. Until then, beware.

4. You live off of Social Security.

Are you a pair of retirees living “in sin”? That’s so cute.

What happens in this scenario is similar to the deal with the ACA subsidies. Two single people can earn much more than one married couple before they’re subject to a financial hit. In this case, it’s taxes on Social Security income.

Here’s how this might work for two people, each receiving the average Social Security benefit of $1,294 per month.

That couple gets married, and now their income is well above the $32,000 level at which Social Security benefits start to be taxed. In fact, 85% of their SSI (or more than $26,397) will now be subject to federal income taxes.

Marriage might make sense for other reasons related to Social Security, especially if one of you has never earned much money while the other has. Should the higher-earning spouse die, the surviving spouse could get that person’s benefit instead of their own.

5. You contribute to your Roth IRA.

Here, too, your newly joined income can hurt you. While single people can earn up to $116,000 apiece and each contribute the full amount to a Roth IRA ($5,500 or $6,500 for those over 50, in 2015), married couples begin to lose eligibility at $183,000. Marriage can also affect your ability to deduct traditional IRA contributions.

On the other hand, if one of you strongly out-earns the other, you may jointly qualify for more retirement savings options, like a spousal IRA for the lesser-earning one based on your marital income.

Of course, it’s not all bad news. There are a lot of ways getting married can save you money, like lower rates on auto, homeowners, and long-term care insurance.

Also, marriage allows for the automatic and federally untaxed transfer of your spouse’s assets to you in the case of their death. Though if you’re affected by too many of the scenarios mentioned above, there may not be as many assets left.