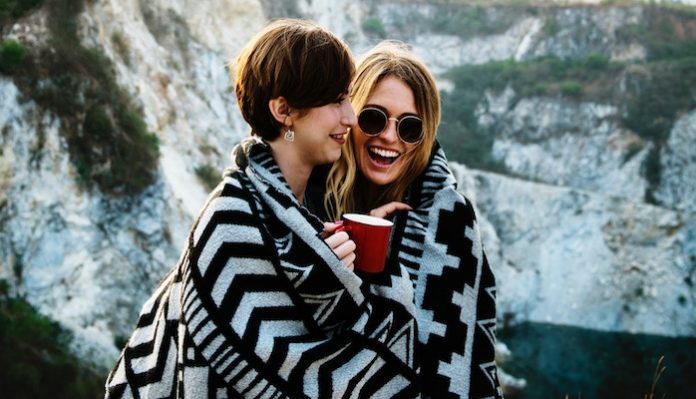 When we’re young, it’s a common narrative that we have an insanely large group of “friends.” We refer to everyone as our friend, our bestie, our BFF, but in reality–they’re mostly just acquaintances and we have a few good friends in our circle. As we get older, things change. We go away to college, we have new priorities, we outgrow some of our childhood friendships. Most likely, as we get older, our circle gets smaller and smaller. Now, I’m all for having a small circle–it makes everything in life simple and easy. But, there are those moments in life when we step back and realize–sh*t, I really don’t have that many friends. While it’s not a predicament many go through–it’s something some millennial women go through.

In my own personal experience, I don’t have many friends. I grew up and moved on from a lot of friendships that were in different places and were toxic to me. I didn’t go away to college, so I never got to make those solid, “life-long” family friendships many people do when they live with others for 4 years straight. And, many of my jobs have required me to work-from-home, rather than in an office. I basically have set myself up to be a hermit and not socialize with new people on an everyday basis (sucks to suck, right?). While I absolutely love my own company, and my boyfriend is pretty awesome, I know that not having some solid girls to grab drinks, tacos, or go dancing with can be pretty straining on a 20-something-year-old’s life. So, I ventured out and tried to find ways to make some new gal pals in my life.

When you’re young, making new friends is pretty f*cking easy. You’re in high school and you see the same people every day. Or, you’re in college and you can join a bunch of clubs, sororities, or even make friends in your major–it’s all convenient. When you’re an adult, everyone kind of seems to have their life all sorted out (from the outside at least). They’re in relationships moving forward to get married, they have their own circle of friends and seem as though they don’t have “room” for a +1–it’s almost defeating to look at. But, I’ve discovered there are some pretty full-proof ways to make new friends as an adult, if you give a f*ck to try.

I discovered meetup groups through my family. My mom is a single parent whose friends are virtually all married. While they’re great to grab dinner with every once in a while, she needs those girlfriends she can go do things with on a regular basis (much like me, 30 years younger). Meetups are great because if you live anywhere near a big city, they have hundreds of them for any kind of interest. Since I live in New York City, the possibilities are indeed, endless. Essentially, you sign up and do something you’re into with a bunch of strangers who are also into it, as well. You can pick the specific age range, so you’re not 20-something hanging out with 50-year-olds. They have some pretty dope activities, too. If you’re into art, you can go to a museum exhibition. If you like comedy, they have comedy shows and dinners. There’s really something for everyone. The best part is that the groups are pretty small and everyone is there for the same reason–to meet people.

One of my own best friends put me onto Bumble BFF because she recently had moved to Brooklyn and wanted to meet people in the area. It’s essentially just like Bumble/Tinder, but for women who want to make new friends. I was a bit nervous about putting myself on the app at first–it’s really like selling yourself on Bumble to guys, but to women (and for some reason, I felt more pressure making a bio for friends than dates). It turns out, there are a ton of really cool chicks on Bumble BFF and they’re all looking for friends, too. The same thing as meetup groups–everyone has the same agenda. It’s great because you use your location range (like Tinder and regular Bumble), and you’ll be swiping on people who are close by or near you. I met a bunch of cool girls on the app, and it’s a great way to have friends you can go out with on weekends or even do some activities with (yoga, shopping, drinks, etc).

While you’re not always trying to consume yourself with work, you never know who you can meet in your office. Unlucky for me, I’m a remote worker. But, if you do work in an office, school, building, etc., you have the opportunity to make friends with just about everyone. Most companies now hire young, millennials in entry-level positions and it’s a great way to expand your circle. Even if you do happy hours every once in a while, it gets you out of the house and doing things socially that you wouldn’t do otherwise. Plus, you never know how awesome your co-workers can be outside of the office. At my last publication, I made some really amazing friends who I would have never met otherwise, and it simply was by doing Friday happy hours with them.

Okay, that sounds pretty confusing, but it’s simple. If you’re in a relationship and your boyfriend has friends who are also in relationships, it’s a great opportunity to make friends with their girlfriends. My boyfriend has a huge social circle (like more friends than I can even imagine) and the majority of them are in relationships, engaged, or married. Lucky for me, their girlfriends are pretty awesome and I’ve been lucky enough to get to know some of them better. It’s great to establish good relationships with them because, at the end of the day, you guys will most likely be doing a lot of couple/group activities together. And, it doesn’t hurt to do some stuff just the girls every once in a while and let the boys be boys.

There are virtually classes for any interest everywhere in the world. If you’re into writing, there are tons of writing workshops anywhere you live. If you’re into fitness and health, you can take a class at a gym or get a “class pass.” If you like art, you can do paint nights. Anything you like, there’s something out there for you. The more you put yourself out there doing things you love, the more exposure you give yourself socially. Of course, you’d like to make friends with people who share similar interests as you, so it’s a pretty solid move.

So it’s not necessarily making “new friends” but, reconnecting with people you lost touch with can be a great way to get yourself out and socializing more. Sometimes, people change over the years and the reasons why you lost touch with someone can be a thing of the past. Grabbing dinner with an old friend/acquaintance is a good way to start, and who knows, you two could completely hit it off like no time has passed at all. It’s important to go into everything with an open mind and clean slate, so, if you’re worried about something that happened like 8 years ago–let that sh*t go, sis.