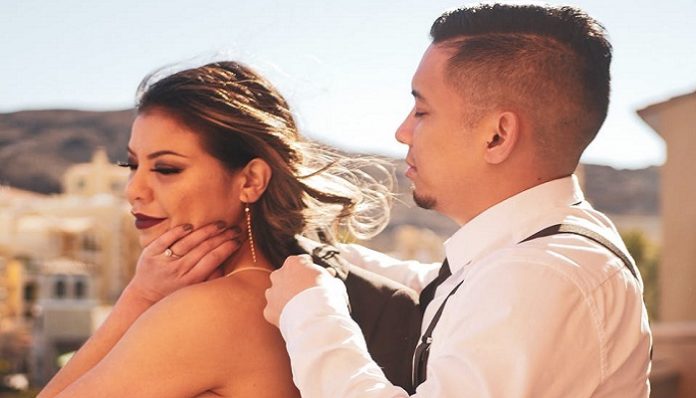 We’ve all had nights out with the girls, judging all of the lovebirds from afar. It’s easier to judge when you have no idea what’s going on with a relationship, right? When you’re part of the single crowd, it’s pretty easy to point fingers and say, “I won’t be like that when I’m in a relationship. I’m not like that at all.”

Just wait until you hit that in-a-relationship status. You’ll find that special someone who takes over your life and leaves the single you standing out in the dust. There are five things that drastically change as you go from single you to relationship you:

Time to get your flirt on. When you are single, you may drop subtle hints here or there without seeming like the desperate girl. Little things like, “Hey, what are you doing tonight,” or “I hear there’s a great place downtown for drinks if you would want to go sometime,” seem pretty normal and friendly, right?

If you’re in a relationship, you know this one all too well: “I’m bored, I’m hungry, BRING ME FOOD NOW.” Seems a little pushy, but when you’ve been dating someone for a while, pushy doesn’t always come off as a bad thing! Relationship you is completely oblivious to subtle things like, “Have a great day,” until he starts making a move. When you’re single, it probably just looks like someone is flirting all the time. He sent a smiley face?! He totally wants you.

We all know how this goes. A night out with your girls, a solo shopping trip, or even just going to class; you have to make single look good! Girls try to look good while single to get that extra glance in their direction. Grab that va-va-voom Victoria Secret push-up bra, slip on your little black dress and some heels, and work it!

Pulling off the relationship look comes far too easy for some people; there’s no need to impress other men when you have the right guy by your side. Going the extra mile for a nice Friday night date might be your thing if you are doing it for yourself,  but when it comes down to the routine weekday activities, you rock those sweats, girl.

Single chicks rock the independent life; they’ve been at it so long, they’ve pretty much mastered the art.  Spending time with yourself, getting to know your strengths and weaknesses, and being adventurous are some of the great aspects of single life.

Funny thing is women in relationships learn to appreciate independence a little bit more when they can. This just means that you’ve taught yourself not to rely on your significant other for every little thing, from a boost in self-esteem to spending every other night together. While you are head-over-heels for each other, you’ve learned that the flame of independence that single you fully embraced is still flickering in there somewhere. After all, getting to know yourself and loving every aspect of yourself is crucial before you can fully love somebody else.

Fresh out of college, single you is embarking on her next journey, whether it is the big move, starting a new job, or aimlessly finding her way to her life goals. This is where we wonder and wander, this is where our aspirations drive us wild. We will do just about anything to make sure that we get that dream job and the experience needed to achieve that. And that apartment down on 5th that you’ve been looking at since you were a kid? That’s not too far out of reach.

Relationship you has another plan intact. Why be in a relationship if you can’t move forward in life together? You’re looking at jobs closer to where your significant other might be. And based on where that job is, you’re looking for a nice roof over your heads as well. Planning based on the assurance that he will be by your side is just another hurdle the two of you have to overcome.

Single you is all about you. You plan based on your schedule, and on the occasions where your girls are involved, you all compromise schedules. Single you hones in on bettering yourself. Single you wants to be happy on your own time and own standards. Single you wants to be your own better half. Being complete while single is the best way to reach those feel-good moments in life where you feel that absolutely anything is possible, even if you are alone.

Relationship you, on the other hand, is no longer a “you.” Over time, your plans become his plans, and his plans become yours. If he stays in, you stay in. If you go out, you better drag his butt out too. You make compromises in your schedules to make time for each other during the week, even if it means staying up till the early hours of the morning watching Netflix on the couch. Every story you tell other people somehow ends up turning into a short rendition of something the two of you experienced together.

I’m not saying that being single is better than being in a relationship. I’m not saying that being in a relationship is better than being single. The simplest way to put it: there are two completely different lifestyles here. Shifting from one to the other can bring about some pretty big changes in personality, attitude, and (let’s be honest) etiquette.

4 Things You Can Do To Take Back Control After Being...