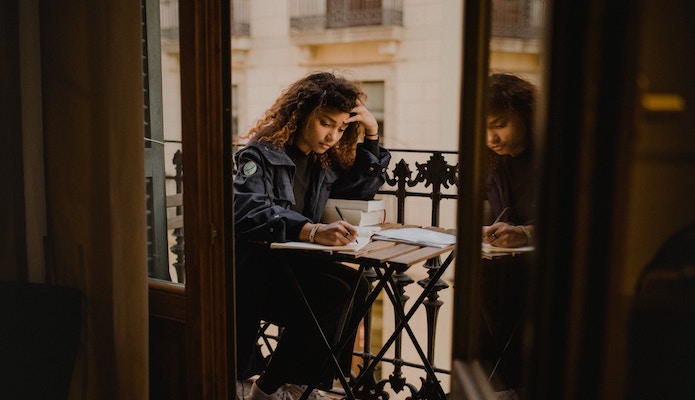 Has anyone ever told you that you weren’t “college material?” That is the first thing I was told while I was in my Junior year of high school by multiple doctors. I did not let that deter me from following my dreams of going to college.

In the Spring of my Junior year, I was determined to apply to college. After researching many schools, there was one college that stood out above the rest and I knew that’s where I wanted to be for the next four years. I decided to take a campus tour during my Senior year of high school. I instantly fell in love as soon as I drove through the front gates. The next day, I decided to apply to the college as an early applicant. After waiting for many months for a decision, I received a phone call stating that I was accepted and I would be starting in the Fall.

Much to their surprise, the college soon found out that I was going to be a student with a physical disability who is a wheelchair user. This fact through many faculty and staff members through a loop and made them think outside the box. After many meetings and countless trips to the college, we were able to get everything I needed in order to succeed both academically and physically before school started.

I made a list of all of the aspects of the campus that could use a little TLC. Soon, after I presented these areas, the college looked at their budget started to make the improvements. As I saw these improvements happening right before my eyes, I couldn’t stop smiling and sometimes I would even cry. I felt as though my voice was being heard instead of being put on the back burner. I could tell I was changing the college not just for myself but also for every other student that would come through the front gates.

Some improvements that were made consisted of: Larger restroom spaces so that anyone on crutches, walkers, wheelchairs, etc. could go in and out with ease. A ramp was reconstructed and built wider in order for equipment, scooters, and wheelchairs to have more space to go up and down the ramp with ease. A common space/auditorium in the student center was done because the space was full of stairs with no way for students to go sit with their peers. These are a few of many projects I shined a light on in order for the college to actually be able to realize and visualize what I could see.

While all of this was happening, I was very active and involved around campus. I attended countless social events. I was a member and officer for the Society Of Human Resource Management (SHRM), participated in a field day competition, and participated in our college’s homecoming. Some of my peers were “Debbie Downers” and told me that I couldn’t do certain activities, but I decided not to listen to them and to do whatever I set my mind to.

Within my four years, I obtained a Bachelor of Science in Business Administration with a minor in Human Resource Management and Marketing. There is no doubt in my mind that I choose the right college for me. I truly feel that I have defied so many odds and my journey isn’t over yet.

With all of this being said, if you feel like you are unsure of what you want to do in your life, make a goal and strive for it in order to defy the odds wherever life takes you.

The Hidden Truth About Self-Love That You Need To Know

How To Get Yourself Back When You Feel Hopeless