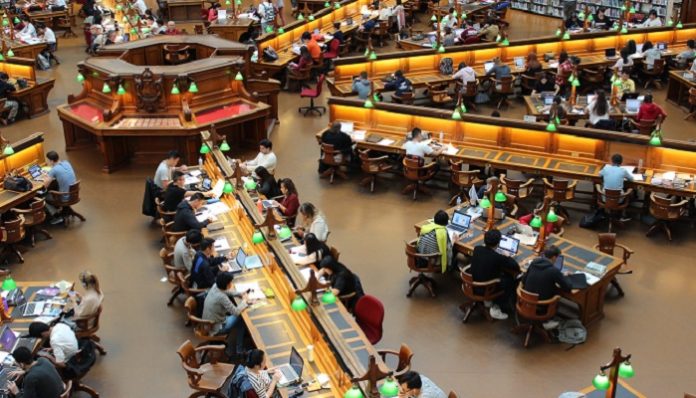 I was the typical shy girl through elementary school, high school, and the beginning of my university experience. With lacking confidence, I never had the assurance to join anything, no matter how much I wanted to. I grew up loving sports and being involved with all things creative such as singing and piano, but never was able to do anything with it because I was simply too scared. I had this fear with anything I did that I would be shut down by those around me, that I would be told I wasn’t good enough, and I would be too crushed to ever do anything again. So, I played it safe for many years.

This was a huge mistake!

The worst thing I ever did in my past was letting my fears control me because I missed out on so many great opportunities to grow and learn.

Finally, in my third year of university, I pushed myself to pursue doing things that I secretly always wanted to do. I auditioned and was cast in a musical, I began dance classes, I became captain of my soccer team, I joined my local school magazine as a writer, I began to go out more and have fun, I opened up and talked with people I normally would have been too shy to say “hi” to, and I started to write for Unwritten. It seems like such a small thing, but over the past school year I have become an entirely new person, and it is simply because I pushed myself to become a part of groups that I always wanted to be in.

Instead of cowering away from opportunities that are presented to me, I now take them with a grateful smile and prepare myself for the challenge I am given. I would not have been this way a year ago. A year ago I was shy, I was scared, and I was unconfident. But now, I am confident to know that I am talented, I am liked, and most important of all, I am a good person who deserves the world. By forcing myself to get involved, I was able to meet so many people who made me feel wanted. Hiding away is not the way to make friends, and it is not the way to make yourself feel good about who you are.

Getting involved helps you to find yourself. How can you possibly know who you are as a person when you haven’t been a part of anything that causes you to use different skills and knowledge? You might find that you are amazing at something, or that you have a hidden talent or gift, but how can you know if you don’t push yourself to try new things? Go out and try the things you always were interested in because I promise it is for the best.

I know it can be difficult, and it is much easier said than done, but it is so worth it. The best way to approach the challenge of getting involved is to realize that there is nothing to be scared of. What is the worst that can happen? Maybe it doesn’t work out, maybe your skill set doesn’t fit right with what you decided to do, but instead of taking it negatively, think of this as a good thing. It sucks that it didn’t work out, but at least you learned a valuable lesson. Now, you can move on to the next thing and see if you fit with that.

My piece of advice? Don’t get discouraged. You have to keep trying. Also, don’t give up right away because it can take weeks, sometimes even months, before you realize that you love what you are doing. Finally, I promise, you will know when you find the right thing because it will fit like the most comfortable shoe that you own.

I have a saying that I was once told by my boyfriend, and it has been what has pushed me to go beyond my limits. Last year, when I was too scared, he would always tell me that “I have to go outside my comfort zone,” and he was so right. My motto that I tell myself all of the time is now, “Life begins outside of your comfort zone.” This is another piece of advice I can give to those who also struggle with the confidence to get involved. Telling yourself to go beyond your comfort zone is the first step.

I have gained an incredible amount of confidence in the last year, and it is all thanks to the fact that I decided this was the year I was going to get involved. I am so appreciative of the friends I have made over the past year because of all of the groups I decided to join, and I am living my life as one happy girl. Instead of the “shy girl,” I have now become the girl who holds my head high and values my every talent.

How My Mom’s Disability Became My Capability