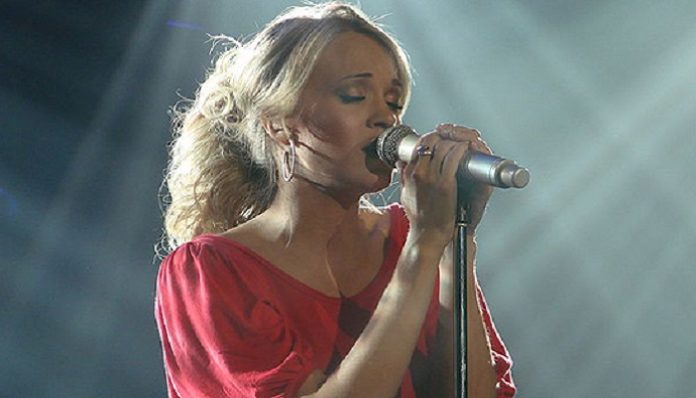 Carrie Underwood is a country music superstar with six albums, with the seventh album on it’s way. Cry Pretty releases on September 14th and tickets for the Cry Pretty Tour 360 go on sale August 17th. This tour follows her successful Storyteller Tour from 2016.

However fans weren’t expecting that the tour won’t actually start until well into 2019…. The reason is because she’s pregnant!

It’s undeniable that she had a few setbacks in the last year following her devastating injury which occurred back in November of 2017, so this news of a new album, new tour and a new baby means that things are going in a positive direction!

Underwood revealed this news on Wednesday when she announced her upcoming album and tour in a video she posted on Instagram and Twitter.

First, she gave the details of her new album along with announcing the details of the tour. Reminding the fans that the album will be out soon and gushing over all the hard work she put into this.

When it came time to make her announcement she asked herself, “Carrie, why is the tour not starting until May…?” and she follows that with “Well…” and the camera zooms out and everyone sees why. Above her is the word “Baby” spelled out in balloons. The second time mom-to-be goes on to explain that they are adding another fish to their pond and they could not be more excited.

Fans may have to wait eight months for the tour, but they can expect the new baby! She didn’t reveal in the video when the baby is expected, but it must be sometime between now and May of 2019 with time for recovery before hitting the road.

Ooh baby do we have a bundle of info to share with you! Click here for info on The Cry Pretty Tour 360! #CryPrettyTourBundle #CryPrettyTour360 #CryPrettyAlbum @CALIAbyCarrie http://www.carrieunderwoodofficial.com/

She also did not say the gender of the baby, or even if she knew what it would be. However, she was wearing a pink jacket with pink all around, so one could speculate that it is in fact a girl. That has not been confirmed though, so we’ll just have to wait to find out!

You can tell that a lot of work was put into the reveal and all fans were just as excited as she was, and she was pretty over the moon with excitement. The reveal was more than anyone expected since everyone’s so excited for the long awaited album/tour.

We are all happy for her and Mike Fisher to add another little bundle of joy to their family. No one deserves it more!

I am confident that the album and the tour are going to be nothing short of incredible. I also know that this new addition to the family is going to be amazing (and adorable) as well. It is a big year for Carrie and Mike in all the best ways. Congratulations to the happy family!

If You Want Your Relationship To Last, You Need To Know...