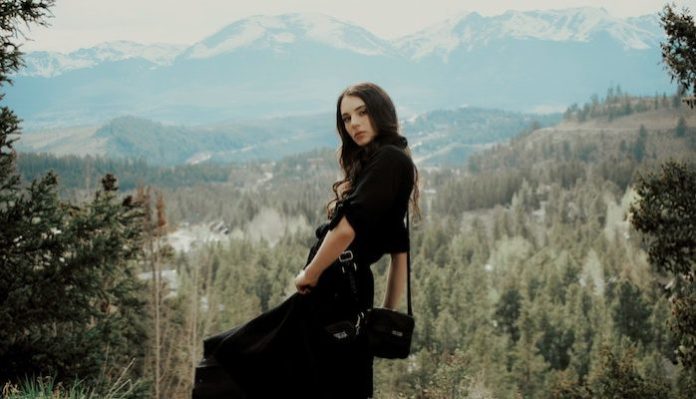 A few months ago, my girlfriend Zoe called to announce her engagement. Somehow, I dug up some energy and attempted to make my words of congratulations sound authentic.

Zoe sighed heavily into the phone. All she asked was for me to promise not to wear black to her wedding.

I’m that friend — the woman who doesn’t ask to see your engagement ring, the one who doesn’t get excited about shopping for the perfect white gown and helping to select invitations. At bridal showers, I’m infamous for suddenly having to run to the bathroom when it’s time to play Toilet Paper Bride. (Who thinks up these ridiculous shower games, anyway?) It doesn’t matter if the bride is extremely chill or an epic Bridezilla: weddings are a time of mourning.

At the age of 7, I woke up early so I could watch Lady Diana Spencer marry Prince Charles on July 29, 1981. Like many little girls, I bought into the media narrative of their fairytale romance, too young to be cynical of the performance being played out on a worldwide stage.

Months later, my uncle John gave me a coffee table book filled with pictures of the royal wedding and I spent hours going over the pictures, promising myself that one day, I too would have a beautiful wedding dress with a 6-foot train.

Even then, I knew that weddings were all about the bride.

Unfortunately, the same cannot be said for marriage.

Years later — and now incredibly jaded — I wonder what I ever saw in Diana’s monstrosity, its ugliness masquerading as a beautiful gown, an unintended comment on the decayed fairytale romance.

Today, a wedding is mostly viewed as a celebration of a loving relationship and seems far removed from its original purpose: the transference of property (read: the bride) from a father to a husband.

Historically, weddings served the purpose of forging alliances between families. In the 18th century, women were generously gifted with the ideal of romantic love as a consolation prize for the loss of their autonomy. By the rise of the 19th century, Jane Austen’s Pride and Prejudice caught on with a fervor in literary circles.

In real life, catching one’s own Mr. Darcy became the goal:  “Oh, Lizzy! Do anything rather than marry without affection.”

It’s ironic that when it comes to weddings, we too often presume that men are the “catch” to be cajoled into matrimony.

How many columns in gossip rags are devoted to pondering the bachelorhood of celebrities like Jon Hamm, Ricky Gervais, and Al Pacino? Before marrying Amal Alamuddin in Venice, George Clooney was perhaps the most sought after bachelor with columns dedicated to his various flings with women. E! Online even titled the announcement of Clooney’s engagement, “Never Say Never.”

Men don’t have to justify their decision to stay single because we value the “provider role” that men occupy more so than the “nurturing role” women are forced to undertake. It benefits men to keep this happy little myth alive.

Black is my standard uniform for weddings because as a 40-year-old woman — with my eyes now wide open — I no longer get lost in the romance. Instead, I see all too clearly the realities of marriage for women.

Marriage is supposedly an equal partnership, yet women do the majority of the child-raising, housework and elder care. Home is supposed to be a break from the pressures of work — the pressure of leaning in for a career. But more often than not, it is a site of draining never-ending labor for wives: hugs, kisses and “I love you, dear” notwithstanding.

During the so-called “man-cession” (a term coined by economists), women were forced to bring home the damn bacon and fry it in the pan. According to Howard J Wall, writing for the Federal Reserve Bank of St. Louis, “Between the fourth quarter of 2007, when the current recession began, and the first quarter of 2009, men bore 78 percent of the job losses. Over the same period, the unemployment rate for men rose from 4.9 percent to 8.9 percent, while the rate for women rose by only half as much, from 4.7 percent to 7.2 percent.”

That’s right: sisters were doing it for themselves, except that now they were forced to support families through employment in the pink ghetto, which is notoriously low paid.

Now that the he-cession has come to an end, women continue to struggle to make gains. It makes me wonder: if a woman cannot win in the workplace and she cannot win at home, where can she win?

James Brown and Betty Jean Newsome had it right in 1966:

This is a mans world
But it would be nothing, nothing
Not one little thing
Without a women or a girl

When we buy into the romantic farce that is the modern-day wedding, we become complicit with patriarchal forces that seek to limit potential.

In 2012, Chelsea Handler is quoted as saying in More magazine, “I don’t know that I’m marriage material. I don’t know if I would ever want to be someone’s wife.” I tend to agree with Handler: marriage is great as long as you don’t have to be the wife.

Forty-four years ago, Judy Syfers’ seminal short essay, I Want a Wife, based on a speech she delivered in San Francisco to celebrate the 50th anniversary of women’s suffrage, was featured in the preview issue of Ms on December 20, 1971. In it, Syfer detailed several reasons for wanting a wife and a generation later, it still resonates because marriage continues to be an unequal partnership. Instead of registering for expensive food processors and sheets, perhaps marriage wouldn’t be such an onerous proposition if each bride was gifted with her own wife.

Marriage isn’t even a good long-term bet with a high percentage of them ending up in divorce within the first 10 years. Furthermore, two-thirds of divorces are initiated by women.

The media tells us to Say Yes to the Dress, keeping the massive wedding industry afloat because the farce of the universal happily ever after is the lie that most be sold to keep the trainwreck rolling. In the case of women, it’s an economic and emotional drain, with questionable benefits at best.

I wear black to wedding because even though it’s supposed to be a celebration, a part of me will always mourn for the bride.

At some point during the ceremony, my jaded heart will experience a temporary thaw, as I desperately hope that my friend will find happiness and not end up on the bad side of a statistic. If spending the $30,000 (the average cost of weddings these days) could guarantee that women would live long happy supported lives, even I, jaded as I am, might consider jumping in.

I’m not sure if I agree with Katherine Hepburn who said, “Sometimes I wonder if men and women really suit each other. Perhaps they should live next door and just visit now and then.” Perhaps, the way to go is simply to cohabitate and instead of promising forever, promising each day anew to commit to making it work for both parties.

After 24 years in a long-term relationship, I am no closer to getting married than I was on my first date with my partner. However, I know without a doubt each day, I choose to be here and that is worth something.

Photo by Joshua Rondeau on Unsplash