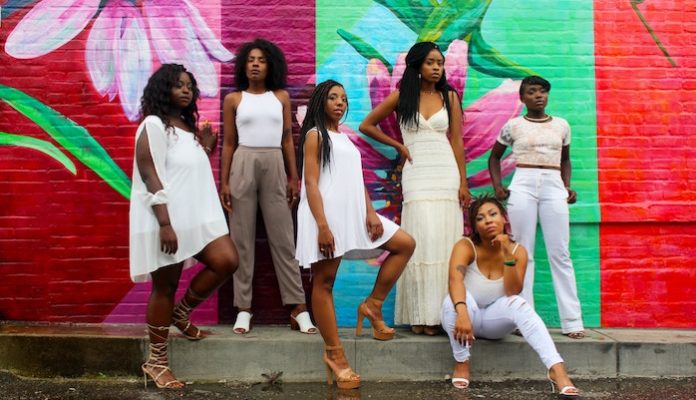 2017 really has been the year of the woman. Together we have embraced each other in a loving and uplifting embrace, supported each other, encouraged change and were fortunate to witness and even take part in historical moments they will one day teach our children in history classes.

The year started off strong. On January 21st, the day after Trump’s infamous inauguration, millions of women across the world marched to protest against the President. From important signs to strongly worded chants, we did it all. It became the largest single-day protest in US history. We made our voices heard and foreshadowed what the future would hold.

We witnessed Viola Davis become the first person of colour to win an Emmy, Oscar, and Tony for her acting in Fences. Not to mention her triumphant speech that brought women around the world regardless of colour, to their feet applauding her.

In May, the MTV Movie & TV Awards abolished gender-specific categories, proving to us there is no need to separate anyone to specific sides of the spectrums. In which, Emma Watson took home the first award and killed it with another historical speech.

In August, Taylor Swift refused to shake off the fact radio DJ David Mueller groped her at a meet and greet in 2013. She took him to court, sued him for a dollar and won. She didn’t inform the media and didn’t care about the money. She did it to educate people on the power we have when we use our voice and power.

We saw characters in films such as Beauty and the Beast highlight feminist characters and educate the women of tomorrow on how to hold your own in a world full of stereotypes. Films like Wonder Woman erupted, becoming the highest-grossing superhero film ever. Oh, and it was directed by a woman and stared a female lead.

Sadly we also witnessed thousands of women from around the world, especially Hollywood, share their stories about sexual assault or harassment. Together we got the conversation going and raised awareness, encouraged others to share theirs, broke the internet with #MeToo, and supported each other without even needing to say a single word.

And even though we chose to celebrate the bravery of these women and their devastating stories, we just so happened to cause dozens of men, especially heavy hitters, in the industry to lose their jobs because of the accusations. It’s about damn time they were shut down and that the women were finally believed in.

December 6th marked Violence Against Women Day. In Canada, it’s to commemorate and remember the anti-feminist massacre at l’École Polytechnique de Montréal in Montreal, Quebec in 1989. 28 people were shot, 4 men, the rest women, and of those 14 died. It is now treated as a day to commemorate those strong women who innocently lost their lives simply because of their gender.

The anniversary of this tragedy falls on another monumental day, the day Time Magazine revealed the most influential person of the year: The Silence Breakers.

The silence breakers have taken the world by storm and unknowingly encouraged thousands of other women to share their personal stories about any sexual harassment or abuse, particularly in the workplace. Plenty of famous women used their platform by coming forward and hoping to make a change. It made us normal people realize that we are not alone and that even superior celebrities are silenced victims too. Because people bravely came forward and started a movement that changed the discussion completely, we were finally taken seriously.

This anniversary and this timely award of recognition couldn’t have come together more perfectly.

To add one more remarkable event to our list of accomplishments this year, on December 12th, The Merriam-Webster’s word of the year was announced. That word just so happened to be ‘Feminism.’

2017 has had everything from influential and empowering women to women’s marches that have broken barriers-literally. We celebrated our differences, united in our stance, refused to remain silent, encouraged others and made a huge difference. The amount of love and compassion the world has towards women should be recognized for more than a day. And we shouldn’t have to have to have large movements or tragedies to emphasize on these issues. This support should come naturally.

Until the day comes where we don’t have to wait for a tragedy to occur, let’s commit to never stop working until we eliminate of any kind hatred, judgment or assault. Our activism will not be altered, and our speech will no longer be silenced.

To My Friend In A Toxic Relationship, I Hope One Day...