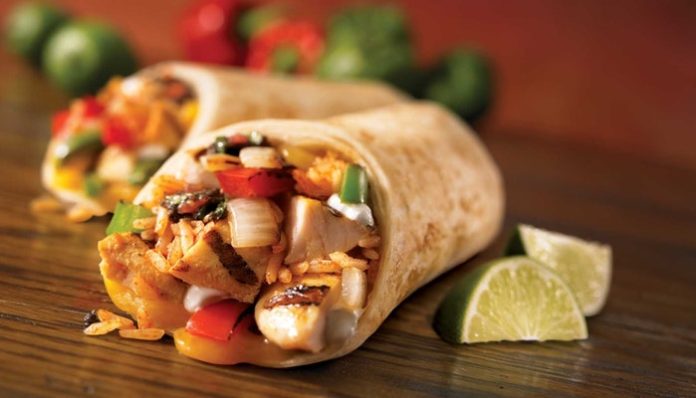 I absolutely love “Tex Mex” style cuisine. In fact, my family could eat foods in tortillas for every meal and be completely satisfied. It should come as no surprise that I’ve frequently visited the three heavy hitters in the “Mexican Grill” market for my “burrito fix”: Chipotle, Moe’s, and Qdoba. While each joint offers their own spin, they are nearly copycats of each other and definitely direct competitors.

So, which one is the best place to dine on a burrito stuffed with rice and beans?

Here’s my comprehensive comparison of each franchise:

Chipotle prides themselves being “the only national restaurant brand that prepares [our] food with no added flavors, colors, or preservatives.” They also boast to have no items containing GMOs and meats that come from pasture-raised animals. These claims tend to catch the eyes of the “hipster” crowd as well as anyone who tends to eat “clean.”

Though their menu is the least diverse of the three, they do have secret menu items that can be ordered to allow yourself some indulgences like nachos. Their protein options include varieties of beef, chicken, pork, and tofu; their toppings are slightly more limited than their competitors. Though they have great beverage variety (including margaritas!), they do not offer unlimited salsa like Moe’s.

I enjoy Chipotle, but it’s not the top choice for my daughters with the limited variety on their kid’s menu.

You’ll be greeted upon entering this establishment with their cultural catchphrase, “Hey! Welcome to Moe’s!” Their atmosphere is the most playful of the three, which should be no surprise given that “Moe” stands for Musicians, Outlaws, and Entertainers.

Upsides to Moe’s include their variety of proteins including fish (the only of the big three that includes this). Though they don’t have that delightful cilantro lime rice that Chipotle prides themselves on, they do have the largest variety of additional toppings to stuff that burrito full, including fresh jalapenos, cilantro, and so much more. They have the largest variety in menu items out of the three franchises, including taco stacks, plus every item on their menu has a fun name like “Wrong Doug” or “Earmuffs.” Moe’s also has Coke Freestyle machines in most of their locations, which makes it a winner in my book!

Moe’s is probably my personal top choice, and my children agree: all kid’s meals come with cookies!

Qdoba boasts having “big, bold flavors” that will “satisfy your biggest cravings” anytime. They are also the only chain of the three that offers an “All-Good Guarantee,” meaning you can explore flavors when building that burrito but have the item remade at no charge if you aren’t thrilled after those first few bites.

Qdoba has the unique offering of tortilla soup, grilled brisket, and bacon as a topping. Qdoba offers different spice levels of queso as well as an “Ancho Chile BBQ Sauce.” Negative aspects of Qdoba are that they offer the least adult beverage options out of the three as well as their fairly limited variety of toppings to add to your items.

Out of the three, I could take or leave Qdoba, but maybe that’s just me. My husband loves the spicy flavor to their foods, but somehow it’s still lacking.

Though these three aren’t the only players in this dining style, they’re probably the most recognizable names in the market. Other smaller market competitors include Baja Fresh, Rubio’s, and Freebirds World Burrito. Out of the heavy hitters, though, I most frequently choose Moe’s or Chipotle. Don’t trust my words? Try all three for yourself and let me know what you think!