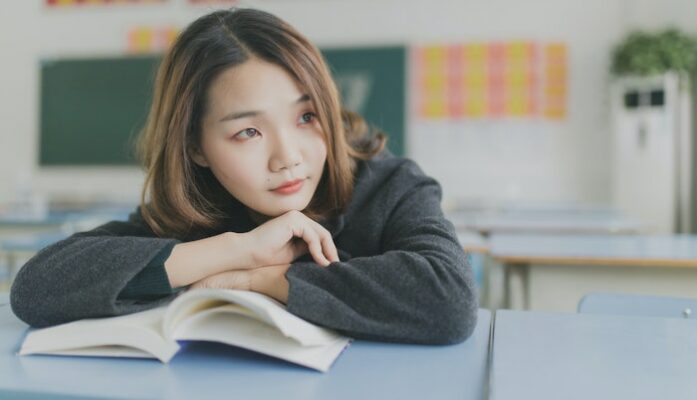 When you were young, did you have a defining moment that helped you realize your worth? What about a moment when you realized you didn’t have to tolerate someone treating you poorly?

I’ve meant to write about a situation that happened to my daughter in middle school that has shaped how she sees her value. It’s a situation that probably happens daily to kids and having a support system seems to be an effective antidote.

Sixth grade is the entering grade at our local middle school, and five elementary schools feed into it. My daughter’s best friend — let’s call her Mary — played lots of sports in elementary school, so she knew many more kids who were going to this new school than my daughter, Marcia did.

And over the first weeks of middle school, Mary became increasingly rude to Marcia.

At one point, Mary told my daughter that she “shouldn’t be so smart because [she was] making everyone feel dumb.”

Like lots of parents, I get busy, and I’m not always aware of everything going on around me, but this was a noticeable shift.

I sat her down over some frozen yogurt to ask how she was feeling. It took a little bit of gentle digging and reassuring her that I love her, but I could see something was bothering her. I know how it feels when someone offers unwanted advice when I just want them to hear me, so I led by offering her the choice of “empathy or strategy.”

She decided she wanted empathy and proceeded to tell me the story about how this Mean Girl told her not to “be so smart.” I could feel my rage immediately. How DARE this punk kid tell my baby to dumb it down?! As difficult as it was, though, I held that rage in, because this wasn’t about me.

Marcia knew it didn’t feel right, but she wasn’t sure how to respond.

I started by validating her confusion. This was supposed to be her BFF, and that’s not how you talk to a friend. It also really sucks when your friend treats you poorly and puts you down.

Then I tried to offer Marcia something she could think about by asking her this:

“Do you ask her not to be so athletic because it makes everyone else feel lazy?”

I wondered aloud how this would impact their friendship.

Turns out, the rift between them got bigger. Later Marcia shared with me that Mary told her, “Stop following me. You’re annoying.”

Mary was now tight with the popular kids, and as my daughter tells it:

“I was left alone for the rest of sixth grade and the beginning of seventh. But I kind of joined different groups, none which I really fit in with. I felt really unwelcome and unaccepted because I never found my group.

I tried to be in the popular group with Mary, but there were times they pretended I wasn’t there. Then I joined a group who was kind of near The Populars — I guess in the social hierarchy they were one spot down from the popular people — but they also didn’t seem to care if I was there.

One example was: After picking up my hot lunch in the school cafeteria, I’d go to sit down. There were either no spots available or none of them were saved for me because people were saving seats for other people. I did not feel welcome. So after a couple of days I decided, you know what? That’s not good enough. I am awesome. I am fabulous. And I don’t understand why they won’t make room for me or notice that I’m there.

So I left to another group. That group was next to my old table, and they looked like they were having a lot of fun. They’d run to the field and actually go have fun. I really wanted to do that and not just stay the lunch table and gossip. I remember one time asking my ‘friends’ in the old group, ‘Do you want to go to the field?’ and they were like, “Nooo, let’s just stay here.’ They weren’t really wearing proper clothes or shoes to run around either and so whatever.

The first friend group noticed I wasn’t coming around so they asked, ‘Why aren’t you sitting with us anymore?’ I told them, ‘You guys never made room for me.’ They didn’t notice I was there until I wasn’t.”

Marcia told me about this friend group drama when she was in seventh grade!

I had no idea about the friend group switching. I mean, I noticed she had new friends, but nothing seemed so out of the ordinary. I could see, though, that Marcia’s strong sense of self-worth gave her the confidence to get herself out of those crappy friendships.

Eventually, Marcia is going to start dating, whether I like it or not. How does her experience in middle school translate to behavior when she’s older? When I later asked Marcia, she said:

“If someone tries to put me down I’ll know that I am awesome. It’s not a good use of my time to spend it with people who don’t notice that I’m there or care that I’m there. That will help me in the long run because I’ll be able to choose my friends more wisely.”

That attitude is who she is. This kid has always been brimming with confidence.

I see this experience as something that, in the future, will keep her from chasing a boyfriend or girlfriend who doesn’t have time for her.

She knows she can get out of friendships with anyone whose behavior doesn’t show her, “Yes, I want to be friends with you because you’re awesome.”

I wish I’d had the same guts at her age. Instead, as an adult, I married someone my dad (rest his soul) told me he thought didn’t love me enough. I also dated plenty of guys post-divorce who I shouldn’t have given a minute more of my time.

If only I could have learned this lesson earlier on like my daughter did.

The friends Marcia has now are really great kids — and they know she’s awesome.

When I checked back in with her to see what she learned from that experience in middle school she said:

“Two years later, I am still with the group I moved to, and I’m still very happy. I made a best friend — the girl that I originally knew the best in that group. We all have common friends; we have common interests, there is so much about us that is alike.

I realized what I need in a friend and what I need in a friend group. I need them to pay attention to me. Otherwise, it’s not worth my time. I care about my friends, and I pay a lot of attention to them. I love participating in their conversations and joking around and hanging out with them. Without my old friends being jerks, I probably wouldn’t have found the friends I have today, and I’d probably still be stuck with them and following them around, and that would not be fun.”

She’s got the confidence the young me never had. Whew!

Make no mistake. I don’t think I’m the perfect parent by any stretch of the imagination.

Like many of you, I’m just trying the best I can to keep from screwing up my kids. And I’m grateful for the open and communicative relationship developing with my daughters. It seems to have given my little birds a solid nest from which to launch.

Sometimes once we realize our worth, we need to step away from situations or people that aren’t good for us.

Being a listening, supportive, and caring parent is important, too. It’s hard not to act on wanting to solve all of the problems our kids will face, but sometimes it is for the best for let them give a go themselves.

How else will they learn the skills they’ll need later?

Photo by sean Kong on Unsplash 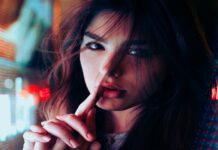 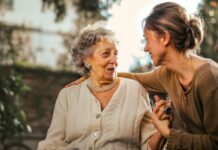 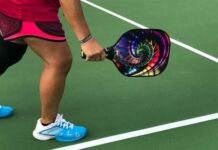 7 Reasons You Should Pick Up Playing Pickleball 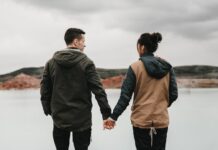 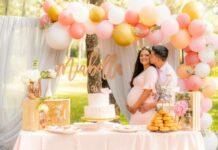 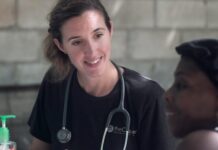 The Impact You Can Have By Choosing A Career In Health