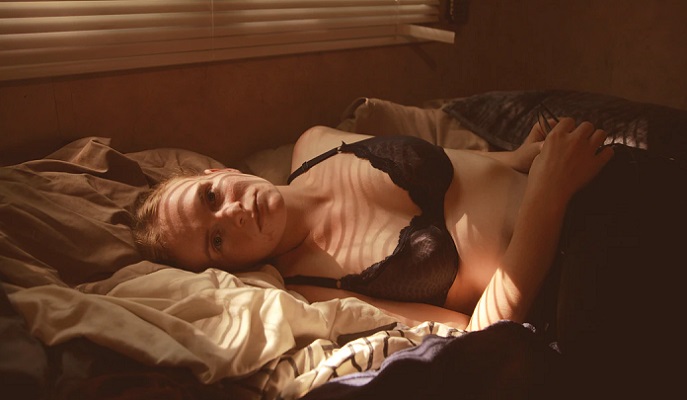 As we all know, friends with benefits seem great at the time but they always come back to bite us in the butt. Rarely do they work out the way we want them to. For many of us, the mental debate of whether to pursue an FWB can be very difficult. So I’ve created a list of things to ask yourself before getting cozy under the sheets.

A lot of the time women think that by pushing aside what they truly want (a relationship) and expressing the opinion of what their crush wants (sex). Please do yourself a favor and don’t waste your time intentionally hurting yourself. You’re only saying you want that because you fear losing their interest in you. You’re willingly putting yourself in a horrible situation by putting your own thoughts aside to please someone else’s. So just don’t do it to yourself.

You’ll Become Over-Sensitive To Everything They Do

Because you could develop feelings, or already have them for the person you’re hooking up with, you’ll find yourself becoming overly sensitive. “They’re too busy for me; does that mean they’re seeing someone else?” “Why did he say that right after we had sex… are they thinking I’m not good enough?” You’ll be over thinking like crazy and it will destroy you.

Jealousy Always Creeps Its Way In

No, you’re not being catty if you see the other like another girl’s selfie on Instagram. It’s normal. You like knowing you’re getting their attention and the second you see them give someone else some, you see red. It’s natural to get a little jealous every now and then because you fear you’re losing the title in their heart. You know you don’t just belong to each other because there’s no commitment, but you still don’t want them seeing other people.

You’re Being Seen As An Ego Boost

Sometimes men in particular only want a no strings attached situation because they don’t want the commitment that comes with a relationship, but they need an ego boost. Sometimes they need solidification that they’re still attractive and that someone can make them feel wanted. You, my friend, very well could be a fangirl to give them the attention they desperately need to feel.

Don’t Expect A Relationship At The End

If you’re hoping to get a relationship out of your friendship, don’t. Most of the time, there is only the vision of being someone to hook up with no emotional connection. Obviously, not all the guys are the same, but it’s very unlikely. Save yourself the trouble and recognize what he’s asking for.

If You’re Not The One To End It, It’ll Hurt

When the other person has found someone worth keeping around in a romantic way and they sit you down to have a conversation about it, it’ll hurt you really badly- especially if you had feelings. You’ll probably be blindsided because you had no idea he was seeing anyone else; you’ll feel betrayed. You won’t feel good enough and your ego will be destroyed.

Next time you find yourself getting into a situation with a person who doesn’t want to commit unless it’s between the sheets, remind yourself of the emotional roller coaster you’re about to go on. There is nothing worse than knowingly going through with something you know you don’t want just to keep someone around with the hope they’ll want you in the same way at one point too.

To All The People In Your Life That You Forget To...