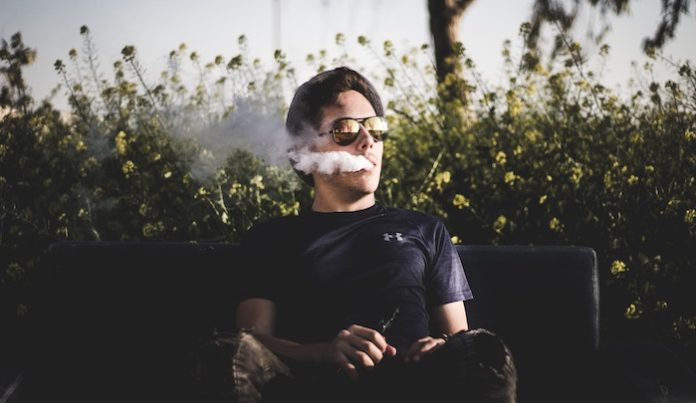 As marijuana becomes legalized in much of the country, there’s been explosive growth in usage among many population segments. As such, there are a ton of new innovations being developed to help people enjoy this plant in unique and exciting ways. People continue to develop fascinating ways to use this substance in our everyday lives as it becomes less and less stigmatized.

Whether or not you’re into the greenery, this list of advances is sure to pique interest from purely cultural standpoints.

One new trend for those living in legalized states is having weed bars at weddings — or should I say, weedings? 😉

Who doesn’t enjoy a wedding? They’re special occasions to join together with friends and family to celebrate one of the best things about life — love. Wedding celebrations often include things like photo booths, dance floors, and sometimes open bars for adult refreshments. Now, if you live in one of the few states where it’s legal, you may also see a marijuana bar!

Brides and grooms set these up as a bar or in specified tents so smokers can imbibe without disturbing others.

The Avon, Mary Kay, and Tupperware parties of our mothers and grandmothers were an excuse to socialize while exchanging items. Maybe you’ve even been to one of these parties. Beyond the obvious pleasure and benefits from the socialization itself, partygoers usually go home with something new. Now people are revamping these in the form of at-home pot parties!

Pivoting from beauty products and kitchen implements to cannabis-based products isn’t as wild or unexpected as you might think. According to some in the industry, it makes perfect sense. And pot parties are actually becoming wildly successful with the elderly population as well — who would’ve thought!

Many entrepreneurs in this burgeoning trade have long been making edibles and other treats for ailing loved ones. Now that the tide seems to have turned for legal weed, the business opportunities pretty much speak for themselves.

Studies on marijuana’s relationship with sex, pleasure, and pain are more commonplace recently, as scientists seek to narrow down exactly how this plant can help, and maybe in some cases damage, certain aspects of our everyday lives.

Many attest to weed being a natural aphrodisiac, and as such, one woman has begun specifically marketing a strain of weed she labeled Sexxpot. It’s specifically geared toward women, with the hopes of reducing the increasingly clear orgasm gap that exists between women and men.

Women have also begun to invest in cannabis-infused tampons in hopes of alleviating menstrual pains. Medical marijuana is prescribed for a variety of pains and ailments, and it has also been found to have a positive effect on easing menstrual cramps and aches.

For When You Get Too High…

Anyone who’s participated in weed-friendly fun probably knows that there are occasions where you just accidentally get… too high. While there aren’t necessarily any serious recorded dangers to this (normally you’ll just fall asleep eventually), it can be kind of scary at first, and some people have reported having panic attacks from these experiences.

So, companies are now coming out with “high reversal” products that are meant to bring you back down a bit. Taking a high reversal capsule can help you sober up a bit within as little as 20 minutes — a great thing to have on hand!

Whether or not you choose to partake in cannabis culture is obviously your choice, and totally cool either way! It’s pretty inspiring to see some of the ways legalized states are choosing to introduce this beneficial plant to people. With time and testing, we’ll hopefully see a society that can use this plant to its maximum potential in all facets of life.

Photo by Itay Kabalo on Unsplash

Ask Ada: How Do I Find Myself After A Breakup?