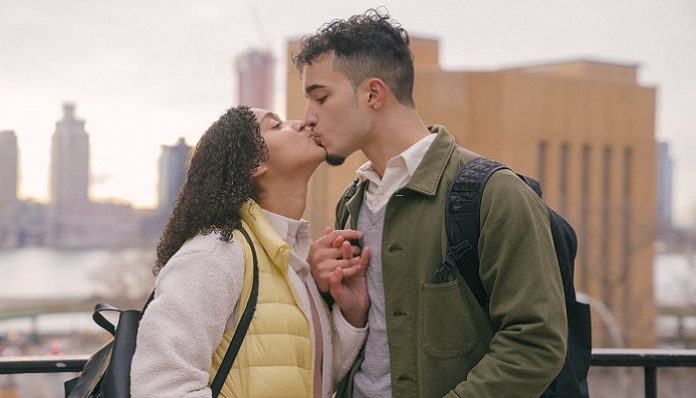 One of the worst feelings in the entire world has to be the one you get in the pit of your stomach when the man you’re dating and, possibly, falling in love with “suddenly” decides he doesn’t believe in committing to long-term relationships — with you or anyone else — and pulls the plug on what you had been certain was your “forever.” Breakups, in my humble estimation, are never easy, and they are particularly awful when you are deeply in love with a man who ends a relationship you believed was moving along quite well.

Rejection is hard to cope with no matter what, and when it comes from a person you trust and love, it stings worse than lemon in a paper cut.

When a man decides he doesn’t want to be in a committed relationship, it’s totally normal to assume it must be all your fault.

After all, you’re the person he’s not committing to, right? Clearly, there has to be something wrong with you for him to wake up one morning and just plain stop loving you, right?

There are many reasons men and women can’t or won’t commit, and believe it or not, whatever your broken heart might be telling you right now, very often the reason a man wants to keep his sense of freedom has zero to do with you.

In fact, in many cases, the heart of the matter is that the person won’t commit is that they have a fear of long-term relationships in general.

Of course men, and yes, I know I’m generalizing here (but with good reason), aren’t always super articulate when it comes to explaining themselves and their feelings.

Breaking someone’s heart isn’t easy, and if you want to see how fast a man can run, ask him to explain to you why he doesn’t want to commit to you. You’ll find yourself talking to a dust cloud in his shape in no time at all.

Of course, when a man doesn’t explain his reasons, it’s not only frustrating and painful, but it can make it even more difficult for you to find the closure you need in order to heal your heart and move forward to a place where you’ll feel confident enough to search for love again.

Without that closure, you can find yourself second-guessing every single thing about yourself, weighing and measuring everything you’ve ever done to see if that was the reason your now-ex walked out.

Recently, though, one redditor asked the guys on Reddit AskMen this helpful question: “Why wouldn’t you want to be in a relationship?” The responses men gave might be just the thing you need in order to gain some insight and make it easier for you to move on.

Here are 21 reasons men say they sometimes find themselves afraid of commitment and a long-term relationship, even when they’re falling in love.

“At this point, I really don’t want to be a burden on any more people than I already am. I’ve got to get better mentally before I think I’d be able to handle being in a relationship.”

2. He has trust issues to deal with.

“Relationships make me miserable because of my trust issues.”

3. There just aren’t enough hours in a day.

4. A lack of experience.

“I have never been in one (32 years old) so I’m very worried about getting into one and having no idea what I”m doing. I feel very far behind and with no knowledge of what being in a relationship is like that I’m concerned I’d mess up a lot and hurt whoever I was dating.”

“I’m financially and emotionally strained at this point and don’t feel like it’s right to bring that on another person.”

“The freedom part gets me a bit. Like in someways I’d be happy to give up some freedom, but in others it would be a very weird and a bit of a shock to my system.”

7. It feels like leading her on if they know it won’t go anywhere.

“I want neither marriage nor kids.”

“Wife died a year and a half ago. The thought of dating someone else still feels like cheating.”

“Because men have to invest exponentially more than they get out of a relationship.”

“I honestly am having so much fun with my life as it is. Im completely booked with work and personal projects/hobbies and don’t really want to give anything up. Maybe if I meet someone special I’ll change my mind, but I enjoy the way things are now.”

11. They have self-esteem issues.

“I’m obsessed with my physical faults, and I can’t go 10 minutes without looking at a mirror checking for things that are going wrong. So the idea of being in a relationship where these physical faults could matter to someone seems very unappealing to me…

“Maybe you don’t have the time for one or you simply don’t have an interest in one. Relationships are nice but they are hardly a necessity.

13. They go against the very essence of his nature.

“Well, I’m aromantic so there wouldn’t be a point.”

“I like my life and getting [a woman into bed] is easy. All a relationship would do is cost me money. Also I’m not leading someone on thinking I’m going to marry them and have kids or some stupid decision like that.”

“Cause I’d have to have the ‘what up I’m a transsexual girl and I’m gonna transition’ talk with her eventually. Unless she’s bisexual, in which case I could still date her indefinitely.

“An authentic relationship requires trust and vulnerability, but trust is easily broken. People are, on average, increasingly untrustworthy.”

“It is acceptable today to have multiple casual relationships.”

18. Relationships don’t seem worth it unless you’re sure the person is “the one.”

“I’m too old to raise an adult now and teach them how to pay bills, save money, take care of themselves physically, and live up to their responsibilities.

19. He’s got too much emotional baggage from the past.

“Abandonment issues/worried about becoming dependent on someone’s presence in my life, and then them leaving me.”

20. Relationships can be more trouble than they’re worth.

“If the person didn’t make my life easier, more enjoyable, and more fulfilling, I’d rather not be in a relationship with her. I’ve had some very good relationships, but I don’t assume that I’ll always get as lucky.”

21. It’s better to be no one’s boyfriend than be an awful one.

“I am so productive and busy I’d actually be a [terrible] boyfriend. I’d need a girl with a borderline “stay at home mom” schedule and good luck finding that in your mid 20’s and in this economy.”