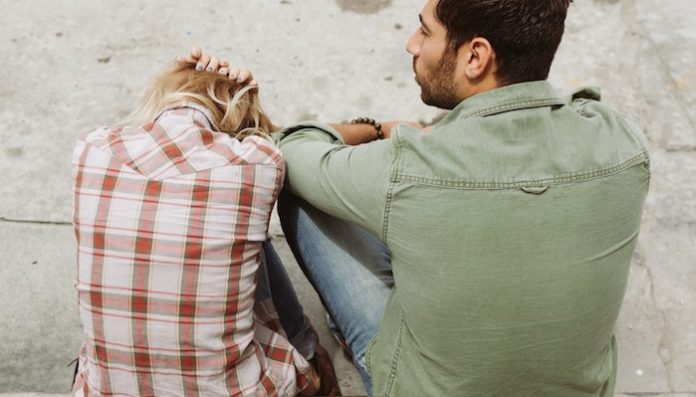 Do women cheat for the same reasons men do? It’s a question that isn’t often discussed but can cause quite the conversation when you ask someone.

I personally don’t believe both genders cheat for the same reasons. Obviously, it’s impossible to pinpoint the reason someone cheats, but I do believe that there are some factors that differentiate different genders reasoning.

I took to social media to ask people this burning question about why different genders cheat. First I asked women the question, “Do you think women cheat for the same reason as men?”

“Personally, I believe no! Don’t get me wrong; there are women who go out of their way to just have multiple partners for their own personal reasons, however, I feel women use emotion. We are naturally emotional people so I believe if we are cheating, we are cheating because we aren’t getting the emotional aspect of a relationship from our significant other. Not to say men aren’t emotional and don’t show emotion, but from hearing from friends, when they aren’t emotionally satisfied, they sometimes look for another option!” – Alyssa

“Nope. I think men cheat for physical reasons. Just wanting sex and not getting it at home. Whereas women cheat for connection with their partner and seeking it through someone else.” Elysia

“Personally I think it depends on the woman. While some cheat for emotional reasons, some can for physical reasons too. I feel the emotional connection puts a bit too much blame on the man when the woman is the one doing a bad act that she could’ve just ended the relationship over.” – Kira

Then I asked men the same question (‘Do you think women cheat for the same reasons as men?”), and here is where the answers got interesting compared to the woman.

“I think people cheat for the same reasons despite your situation. It’s either both for emotional reasons or physical reasons, there is no in between. Women can say me don’t have feelings, but we do and it can promote infidelity.” – Patrick

“Personally I feel that everyone cheats because of physical/sexual issues. Regardless of their feelings, if a man wants someone better in bed because they aren’t satisfied they’ll find someone but will keep their girlfriend for the emotional support they can get. Women do the exact same thing.” – Curtis

“Gender means nothing when it comes to cheating. People cheat because they want to, and it’s primarily for sexual reasons. Women are just too ashamed to admit it.” – Grayson

I do believe that when a woman cheats,  she seeks an emotional bond with someone or wants to get attention from someone because she isn’t being valued or appreciated in her own relationship. Women gain interest in men who show interest in them and tend to develop feelings because of the way men are with them. They usually cheat because they’re getting more attention from the “other men” than from their boyfriends.

I believe that traditionally, men cheat for more sexual reasons. Sure, there may be some emotional causes involved, such as men no longer feel invested in their relationships or wanting  more low-maintenance girls. This is why most men who cheat are looking for a “side woman.” Sadly, it appears men our age will fail to see that women primarily cheat for emotional reasons because they simply don’t take the time to learn and understand women (Surprise, surprise). But It is interesting, though, to see that both genders stay true to the gender stereotypes about cheating.