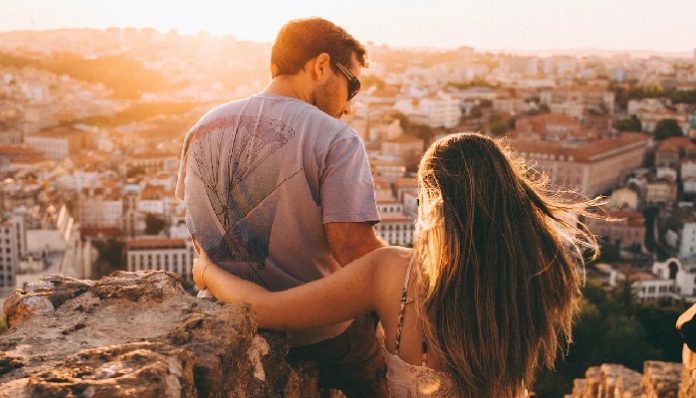 Let me just start by saying that I am in no way a Guru when it comes to dating. Just like the majority of 20-something woman, I’ve spent countless nights in with my girls wondering what the hell I’ve been doing wrong in my dating life to have still not have found “the one”. There eventually came a time when I had just recently got back from a wine tour that I decided to crack open a bottle and the entire list of my failed relationships. More importantly, I was curious as to why things never worked out. Was it really all me? If I’ve had this many failed attempts, I can’t only blame those that I was seeing. I obviously had to take some responsibility for myself.

Around glass number three of over-priced wine, I started to notice a bit of a trend. The majority of the relationships that didn’t work out was partly due to me having such high expectations, or a diluted perception of what they were willing to put into the relationship. I would think that them texting me at 2 AM was equivalent to them asking me for coffee; that them trusting me with intimate details of their life was equating to them respecting me. Worst of all, I would try to alter what I wanted in a relationship to the bare minimum of what they were willing to give me.

Unfortunately, I don’t think i’m alone in those thought processes. I think there’s probably at least a handful of other girls out there who have laundry list of failures, with still little to show for it. So, like any rational, educated, Type-A woman, I tried to design a method to ensue that I don’t find myself in that situation ever again.

Now, just a quick disclaimer, for this process to work, you really need to be honest with yourself. If you wind up lying to yourself and thinking that his intentions are more of what you want them to be, as compared to what they really are, all you’re doing is wasting your own time. And if that’s the case, you really shouldn’t be seeing anyone until you look yourself in the mirror for a bit and realize that you deserve everything in the world; not the bullsh*t you’re actually being put through.

Without further adieu, here is my 3 step program/thought process/solution to all your boy problems.

The first question you need to ask yourself is “what do you want?”. What is your real end game right now? You may want someone to cuddle with during this cold winter, or maybe you want something that will last even after all the snow melts. Regardless of what the response is, you need to admit it to yourself because you should never give up on looking for what it is that you actually want.

Now that you know what it is that you want from him, you need to figure out if he can give that to you. If you want someone to star gaze with every night, but he lives in a different city, then I don’t think those two things line up to well. At this point, it would be kinda counter productive to just simply ignore the fact that he isn’t going to give you your end game. But let’s also think about the other side of this. What if he can give you what you said you wanted, but you’ve just never asked for it? If you want wine and Netflix dates once a week, but have just been too nervous to ask him about it; then I encourage you to move onto the last and hardest step.

For me, and every girl I’ve passed my wise words onto, this has always been the hardest step. It is here that you need to actually admit to yourself what his actions are actually saying. You need to take off the rose-colored glasses and objectively evaluate if he wants to be the relationship you want. Is he truly willing to compromise with you and build a stable relationship?

If you genuinely answered these three questions, you are probably experience some sort of emotional response to them, good or bad… If you feel good, then this is my sign to you to go have those meaningful conversations with him about if he’s actually the man willing to give you the relationship you aspire for; and congratulations for finding something not totally out of whack from what you need.

But, if you’re feeling pretty low and down after going through this process, then maybe it’s time to end things. Now, I know it’s hard to cut things off (especially when you like the guy enough to spend time thinking about all this), but he’s not going to be the one for you. I may not believe in soul mates, but I do believe that there are better and worse fits when it comes to relationships. I may never find a someone who fits me like a glove, but I know that there are some guys who fit me way better than others.

So for now, I will leave you with the same words I leave all my friends with:

“You are a strong, beautiful woman. You have people who care for and about you. Even if things with this one guy don’t work out, spending time working on you is some of the best medicine there is. For when you do find your forever-thing, I can bet that he will be so damn proud that you know exactly who you are, and where you’re headed. You’ll be able to look him in the eye like the confident woman you are and say “look buddy, I love who I am, and I love who I’m being, and I don’t want any sort of person to come into my life hoping to change that”. You will find someone who will give you what it is that you’re yearning for in a partner, I can guarantee you that.”

Featured image via Pexels on Pixabay