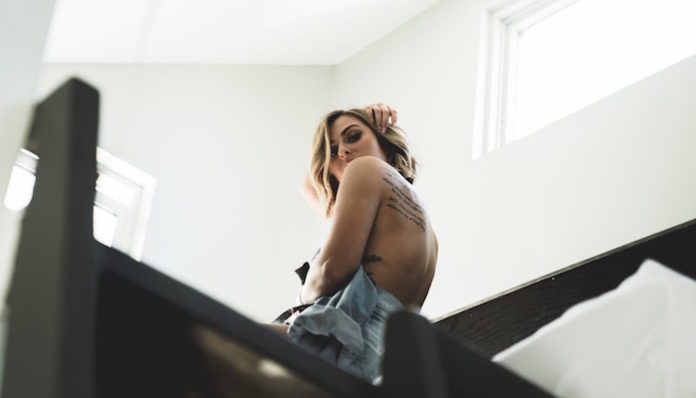 1. Body Hair Can Be Attractive

I can understand that too much hair can certainly be a turn off, especially if you start choking on it after oral or are finding it on your clothes afterwards and it isn’t yours. A little bit of chest hair or on other parts can actually be extremely attractive. Believe it or not, a lot of guys are interested in a little bit of a design with your pubes too.

2. Missionary Can Be As Good As Any Other Position

Let’s be real, you can do so much in missionary to switch it up so it’s still fun. It allows you to be face to face, get close and sensual, really connect during the moment. But you can also change something as simple as moving a leg and it’s a totally different experience.

In actuality, it should be the least important part about sex. In most cases the build up is the best part. Think of it as the opening act on stage, preparing you for the super ultimate headliner. Everything else is was truly matters and feels good!

4. Seeking Consent and Asking If What They’re Doing Isn’t Annoying

There is nothing more attractive and sexy than someone who wants to be consensual or wants to please the other person. Plain and simple, point blank. It shows that you genuinely care about their needs and want to make things right. Who would ever complain about that?

5. A Huge Penis Is Not The Key to Having Great Sex

Just because he has a big boat does not mean it’ll be great when entering the sea. It’s all about the motion of the ocean. Even if he isn’t the largest, if he knows how to work it, than you are golden!

6. Going Fast Does Nothing For Women

I don’t know why men have it ingrained in their brains that going fast feels amazing for women 24/7. Let’s make one thing clear; going fast will do absolutely nothing for a woman except for hurt her vagina. Sure it might be kinda hot in a dominance situation but otherwise we pray for it to be over (which usually means it will be soon.)

We need attention and a lot of effort from their part. Focus on pleasing us for once so we can actually have one. Instead, all they do is try to destroy our vagina with the same quick speed thinking it feels good, when all they do is make themselves nut super fast so we don’t even enjoy the sex. And if we don’t enjoy it how can we feel the extended bliss too?

Don’t let generalizations of sex or common myths change the way you truly think about something because you think your the only one who feels that way. A lot of woman and even some men, can agree with you. You don’t necessarily have to voice your opinions in the bedroom but definitely don’t be afraid to acknowledge them mentally or feel ashamed for having these thoughts. Chances are you aren’t alone.

Why You Should Embrace Your Emotions Instead Of Pushing Them Away