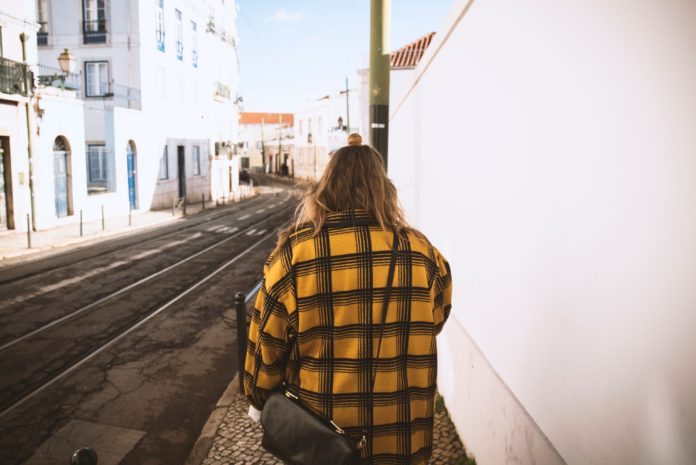 As a child I used to get so annoyed by all of the freedom my guy friends and my brother were granted, , while myself and my sister felt like we were held in captivity. We weren’t allowed to walk alone at night or go out with certain groups of friends until a certain time. Our parents would always say, “it’s because you’re a woman.” We would claim their being sexist and didn’t believe in our strong will power and independence. Little did we know that we truly weren’t invincible to danger and sadly those issues are more common than we thought.

As we grew up and became aware of the issues that women face, we now understand their concern, strict rules and emphasis on safety. I’m no longer naive to the issues I used to hear about on the news because I’ve experienced them. And so have the woman closest to me. There is a list as long as my arm of things that women must do to ensure their safety that men will never have to do simply because they are in a safer situation. Here are a few of those things:

While women look at this lengthy list and can agree that they to are guilty of doing at least 80% of these when in public, men are questioning why it’s necessary to do any. Sadly they will never have to.

The more men I meet and discuss these issues with is staggering, because they genuinely think our parents were just strict for enforcing these behaviors on us. These men are too blind to see just how difficult it is to be a woman in the real world.

Men will blame these insecurities or cautionary exercises on the colour of their skin, the size or how that person is dressed. It’s not the race of a person or their behaviours that scare women in public; their gender does. Let’s be honest, men scare the hell out of us in public literally all because one dude creeped us out at one point and now their gender is tarnished.

It is extremely difficult and frustrating to not be able to go out in public without feeling unsafe. Someone walking up to your car will cause you to freeze, your speed is always trying to get faster when walking by a group of men, cars slowing down or following you, and crude and inappropriate behaviour to random strangers have all become the norm for us. It’s a crippling fear to walk down the street and feel like something is automatically going to happen to you.

These safety practices have become essential to ensure our safety on a daily basis and are part of a regular routine. Despite having to go through all of these cautions, we still feel uneasy about going in public and running into issues. Positive efforts have been made to help the uneasy feelings settle, but we can’t help it.

Until you’ve experienced the harassment, catcalls, inappropriate stares or the feeling of being watched or violated, you simply cannot relate. It is the worst feeling in the world, and you will never be the same afterwards. What’s even more twisted is that society wants to make us seem crazy or feel humiliated for making these precautions after we’ve felt violated or been harmed.

It’s important that instead of bashing women for protecting themselves in simple ways, that we encourage them to continually proceed with caution and help them in any way you can. We should also become more aware of issues when we see them, such as body language or listening to unwanted conversations. They are a lot more common than you think.

Most importantly, we should be educating young women how to defend themselves, prevent these issues to the best of their abilities, teach them these safety techniques we all swear by prepare themselves for the issues they may face since we apparently can’t educate people how to not harass, assault, intimidate or leave women alone.

Photo by David Emrich on Unsplash

What It’s Like To Date A Middle Eastern In Today’s Politically...