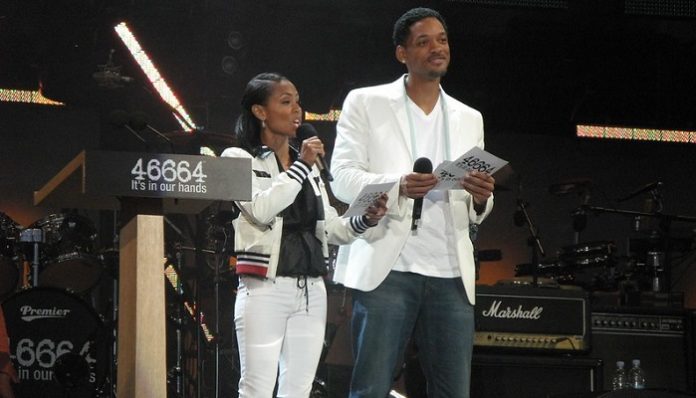 When I was younger, I was taught to believe that a happy relationship involved two people catering to each other’s needs. I believed that women needed to sacrifice most of their lives in order for the men to continue on with theirs. The relationships I believed were “happy” were actually about constantly establishing a toxic spark of control.Yesterday, I watched Jada Pinkett-Smith’s digital series, called “Red Table Talk.” Her husband, Will, was one of her guests. They have been married for 21 years, and they are also one of the few couples in Hollywood that haven’t  divorced. They shared how they maintained a strong marriage. Honesty, communication, and thinking outside the box saved their marriage from failing. Here are top five love lessons we can all learn from Will and Jada’s episode of “Red Table Talk.”

1. The Real Meaning Of Unconditional Love

Will and Jada explained how, in the middle of their marriage,  they were on the verge of a divorce. Because the couple hated the idea of divorce, they created unique ways to work out their problems. They let their marriage crumble. They let it self-destruct. From there, they discovered the exact platform they needed in order to save it. Jada stated how she felt like her life with her husband was never her own to begin with; she needed to find herself again. Will realized that he was caught up in his ego instead of appreciating his wife.

From there, Jada and Will came to an understanding that in order to save their marriage, both of them needed to heal from their shortcomings. They decided to give each other complete freedom to do the things that made them feel alive,even when it didn’t include the other. They resolved to hold utter respect for each other, especially in the midst of conflict; the wholesome understanding that no one else can make you happier than yourself. This became their version of unconditional love.

Within the episode, the couple shared a story about a party they attended.. Jada cursed at Will in front of everyone, even Will’s two-year-old son. Will grew upset and asked to talk to her privately in another room. He told Jada, “My family has a history of domestic abuse, and if you’re going to keep talking to me like that, then, I’m sorry. We can’t be together.” He explained how it was that moment that really defined the effective communication skills in their marriage today. They explained further how they don’t believe in raising their voice, cursing at each other, or insulting one another in times of conflict, because they can never take words back. Your words, regardless of whether or not you are in the right mindset, will always  stain  your significant other’s life, no matter how many times you apologize.

In part of the episode, Jada expressed how she never preferred the marital life. She further explained that it’s mostly because she doesn’t like rules. Hearing what to do and what not to do was never her style; she disagreed with every rule and regulation typically established in marriages. Little did she know that her rebellious beliefs regarding  marriage would actually be the key to saving her own relationship. Towards the end of the episode, Will and Jada stated how they don’t like calling their relationship a marriage. They feel the term “marriage” creates restraint and prevents them from achieving their individual dreams.

4. Thinking Outside The Box

Throughout the entire episode, Will and Jada freely expressed their thoughts and ideas on the success of their relationship. One thing I admire about this couple is their ability to create concepts and unique, alternative strategies that are unheard of within most relationship resolutions. Jada and Will teach us that if you really love someone, there will always be a countless amount of ways to help each other, even in the midst of chaos.

Will and Jada exemplify exceptional teamwork skills and us that when you’ve hit rock bottom, the only way is up. They’ve established the most unique ways to maintain a healthy relationship with one another. They believe in not restricting themselves with labels, loving each other unconditionally by providing abundant freedom and trust, and respecting one another to the highest order..

5. You Make Yourself Happy

The very last lesson in love I believe we can all take from Will and Jada’s “Red Table Talk” is that even within a relationship or marriage, you are still just as important as your partner. That’s why it’s so important to take the single life so seriously. Learn, laugh, and live as hard as possible, because even once the right person enters your life, there will still be times when you won’t be happy, and it won’t be their fault (most of the time).

You are the only source of pure and genuine happiness you will ever need. If you place that responsibility in another person’s hands, unnecessary conflicts will begin. Will and Jada explain how independence plays a large part in resolving many issues that occur in their marriage.

Will and Jada Smith’s partnership is a successful union, but it’s also had its fair share of turmoil. This particular episode of “Red Table Talk” teaches us that all relationships fail at times. Will and Jada show us that the right person will always continue to stand right beside you. It’s alright to fight with the person you love, as long as both of you can identify what’s wrong and work it out in the most respectful way possible. Most importantly, the episode teaches us that it’s important to still make time for the things that make you happy even when you’re in a relationship, because you can’t pour the glass only half-full. We can all stand to take lessons from Will and Jada. After all, they’ve been together for 21 years… clearly they are doing something right.

Want to watch these love lessons yourself?  Check out Jada’s two-part “Red Table Talk” episode below!

Why There Is No Such Thing As An Easy Life