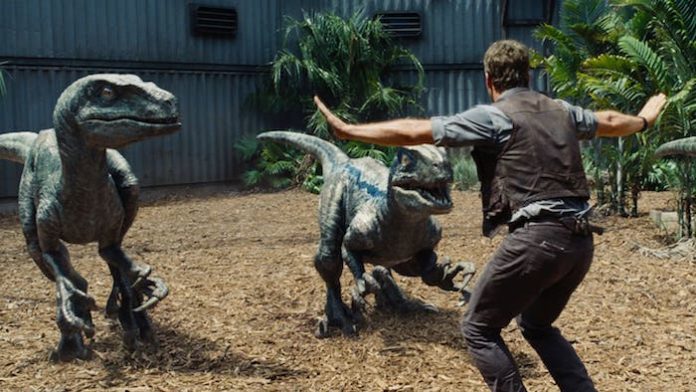 I wasn’t as fascinated with dinosaurs as a little kid. I didn’t bother to study dinosaurs like some of my peers, and I certainly was not trying to be a Paleontologist (sorry Ross Geller). Did I think dinosaurs were cool? Absolutely. They’re creatures that are millions of years old and while they are factual, the ability of our society and our creative minds to turn them into stories and plot points and characters is even more fascinating. I want to pay homage to the dinosaurs on this dinosaur day, in a less offensive way than my girl Kesha did as using it as an insult.

As a little kid, I always wanted to see a dinosaur live and in person, and luckily for me, I grew up in New York City and the Museum of Natural History would always have them on display. These dinosaurs were massive, even if they were just reassembled bones. Every time I’ve viewed a dinosaur exhibit, I always chuckle at the scene from Full House when Michelle and her friend are playing around at the museum and she accidentally causes the dinosaur bones to come apart and crumble everywhere. That’s the stuff made of nightmares, but also a bit of jealousy that it wasn’t me.

Hollywood has done an incredible job incorporating the Mesozoic era into films and television. If you were a young boy or girl in the 90s, you definitely were a Power Rangers fan. There was still a learning component to the show as we became educated on the various dinosaurs introduced into the show as the series progressed. Whether we learned about the mastodon, the pterodactyl or the t-rex, the thought of these might creatures waging battle against evil was cool to a young kid. There of course would be a further dinosaur-centric season later on in the series, but Power Rangers was my first memory and encounter with dinosaurs.

I can’t forget to shout out America’s favorite educational dinosaur, Barney. That purple t-rex has made it his life to teach kids about everything from sharing is caring to friendship and so on. He’s even responsible for bringing us pop stars Selena Gomez and Demi Lovato.

If there is one film franchise synonymous with dinosaurs, it’s Jurassic Park. Based on the novel by author Michael Crichton, the original trilogy was what had kids having nightmares for years. I’ll never forget the first time I watched the original Jurassic Park at a friends house. It was dark, it was frightening, and to an 8 or 9-year-old, absolutely terrifying. As an audience, we were to understand that dinosaurs were creatures that existed in their ecosystem and when humans tamper with their environment and rile them up, well they will kill you.

Luckily for us, Hollywood was not quite done with dinosaurs and they rebooted the Jurassic Park franchise and introduced us to Jurassic World and a whole new take on the classic “scientific experiment gone wrong tries to kill everyone”. I’m looking forward to Jurassic World: Fallen Kingdom coming to theaters on June 22nd to see if it will live up to the hype or be another bomb sequel.

Dinosaurs have proven to be a stable commodity in Hollywood and can be incorporated into anything. You don’t have to look much further than The Flintstones. Dinosaurs were pictures as part of everyday prehistoric life, as they served as family pets, modes of transportation and construction work. By removing the stigma that dinosaurs were dangerous killing machines, they in turn became more endearing to little kids, and essentially another great marketing ploy to sell merchandise.

Cartoon dinosaurs became extremely prevalent with the creation of the Land Before Time franchise that has now spawned 14 films in total over the course of 32 years. That is incredible. Serving as a family-friendly option for parents, these films following a young group of dinosaurs encountering all sorts of issues they have to work together to solve, teaching kids about friendship and love and loss, and ultimately that you can achieve anything if you put your mind to it.

Dinosaurs have played a role in other film franchises including the 2009 film Ice Age: Dawn of the Dinosaurs, Disney’s 2000 family-friendly film appropriately titled Dinosaur, and their subsequent addition of an entire area at Animal Kingdom. Disney tried again in 2015 with The Good Dinosaur, but I have a feeling that it was not actually good.

I can’t forget to mention my favorite character, Rex, from the iconic Disney film franchise Toy Story. Rex was a neurotic, worrisome tyrannosaurus rex that provided the much needed comic relief and charmed the audiences. I had so many Rex toys as a kid growing up, so it saddened me when Andy game them all away at the end of Toy Story 3. Hopefully Rex will make a return in Toy Story 4.

I would be remiss if I didn’t include Papa Pope’s dinosaur fascination on the highly acclaimed television show, Scandal. The dinosaur bones that were featured prominently through seven seasons on the show often were the driving force of the drama between Pope and his daughter Olivia, as well as a slew of the other characters on the show. The dinosaur bones were a prized, valuable collection, and no one should even remotely threaten them. In my opinion, I believe that the emphasis on the importance of the bones served as an analogy on a larger scale that history needs to be preserved and protected (minus the murder).

It’s been fairly enjoyable taking a velociraptor paced stroll down memory lane and recalling all the instances of dinosaurs throughout my time. While we may never get to experience dinosaurs live (please don’t ever let the plot of Jurassic Park come true) we should cherish these beings for what they were. They were giants, god-like and they roamed over our planet until a giant meteor came and murdered them all. May your memory be a blessing!