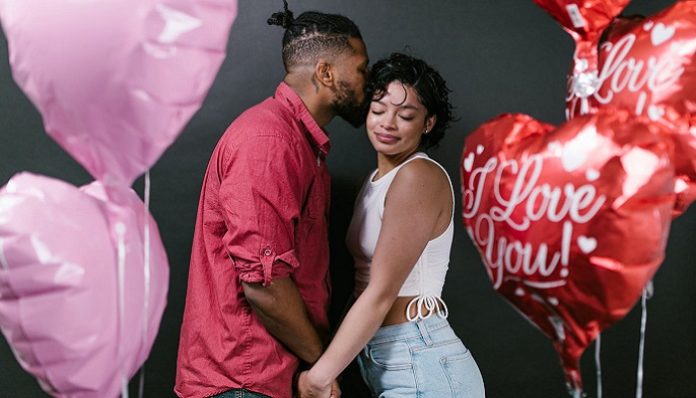 You know when you start having a dream, but you’re half-awake. Every time you go back to sleep, the same dream comes up like some weird series on television. That’s what was happening to me. I dreamt I was at my ex’s house. I was chasing her all around the living room — I was infatuated and intoxicated by her and her beauty. When I woke up, I lay there in bed, half-awake, half-asleep, and I started thinking about the intoxicating power of being infatuated with someone. When someone intoxicates you, it’s like being drunk, and, in so many ways, it’s very dangerous.

What does it mean to be infatuated with someone?

A quick Google search will tell you infatuation is “an intense but short-lived passion or admiration for someone or something.”

But what is infatuation, really?

The Oxford Dictionary defines infatuation as a state of passion you have for someone based on strong romantic or platonic feelings. Think about it this way: when you first meet someone special, you become obsessed with being around them. All you feel is your primal desire of wanting to be with them as much as possible.

But don’t confuse infatuation with love; the main difference between infatuation and love is that infatuation is built on a fantasy, an idea of love, while true love is something entirely real.

Infatuation can happen when you idealize a person or when you put them on a pedestal. You believe them to be untouchable.

You’re listening, but you’re not really hearing. All you’re thinking about is how beautiful they are, how much you want them, and how much you want to see them. It becomes dangerous because when you get that intoxicating feeling about someone, you miss red flags or warning signs that things are not as they seem.

The signs of infatuation can include seeing and expecting perfection, dropping everything for them, and becoming overly jealous and possessive.

While these seem like negative qualities, is it bad to be infatuated with someone? Well, yes and no.

It could be a good thing to be infatuated if that’s all you are, and you never get to know the person you idealize. However, infatuation can be a bad thing because it sometimes is mistaken for love, and is also the first stage of falling in love. You have a brief time where this person is the best person you know, but you need to drop that idealization to have a healthy relationship.

Don’t get me wrong — it’s a natural feeling and we’ve had it since we were kids, since our very first crush in Kindergarten or that guy you could never get over in fifth grade. It’s how we fall in love.

After all that you may be asking if infatuation turns into love. Actually, yes! It’s how most relationships begin and it’s a complicated feeling. It’s the first stage of getting a relationship started, but only becomes a problem when infatuation never leaves and you never get to know this person on a deeper level.

How long does infatuation last?

Infatuation varies by person, but the most common timeline for infatuation is one-to-six months. However, there are times where the feeling can last for almost two years, as well as just two days!

You can’t do anything to prevent the feeling of intoxication; it’s a natural human reaction. But what you can do is control your response to it.

There are a few steps to take when you meet someone who’s intoxicating and you start to become infatuated with them. Enjoy it because it’s a beautiful feeling, but stay alert and ready.

If you’re infatuated with someone, here’s how to get over it quickly:

1. In your early interactions with this person, write down all the things they say they want to do with you.

Write down all the promises they make and, over the next 30-60 days, see if the person actually follows through on what they say.

It’s so important because if someone follows through on what they say, that feeling of intoxication you have is validated. It shows they’re serious in their intent, and you’re a little safer surrendering to those feelings you’re having.

2. The next thing you need to do is go a little deeper into yourself.

Write down exactly how you want to feel in a relationship. This is so important for your mental health.

Remember that at the start of a relationship, this person will be on their best behavior. They will be doing their best to impress you, and it’s only going to go downhill from there.

The next time you’re infatuated with someone, take a moment to get sober and have some clarity.

Get as sober as you can, because that’s the only way you can unhook yourself from the love drug that’s hitting your system. When you crave something so badly, you can’t have clarity. If you’re sobered up and don’t feel like you still love this person, you have your answer.

My advice is always the same, and it’s so important you write everything down and understand what you really want. That way, when you meet this amazing person, you’ll recognize them and won’t become seduced by the feelings of intoxication you have when you’re first attracted to someone, regardless of whether they’re suitable for you or not.

Infatuation can put you under a powerful spell, which limits your ability to think and reason properly. It can make you act recklessly and out of control.

The moment you start to sense those wonderful feelings rising up through your body, don’t run from them and don’t avoid them. Enjoy every sensation, but never forget to take a step back, stay in control, and make sensible choices.

Why I Always Decorate For Christmas In November