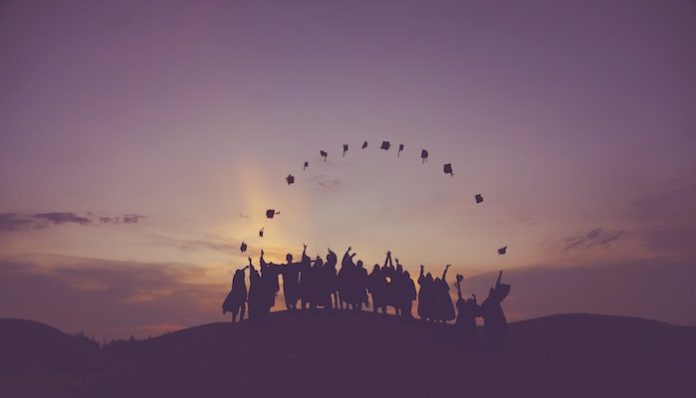 I graduated from my undergraduate eight years ago and from my Master’s one year later. Around a week after I submitted my thesis for the latter, I hopped on a plane. For the next five years, I barely looked back, save for the occasional visit in between adventures. I strongly encourage everyone to do the same. Whether you leave forever, for a few years like me, or for just a few months, the experience of traveling after graduation is one that I wouldn’t want anyone to miss.

My argument may sound a little extreme, but let’s have a look at a few of the commonly cited reasons for not travelling after school is over:

Listen to someone who’s been there: You aren’t getting rich any time soon. You just spent several years surviving on cup noodles and toast — you’ve never been better prepared for the budget traveler lifestyle. Do some saving whilst it is still semi-acceptable to live at your parent’s house and get on that plane. If you’re struggling financially, you can always pick up temp work as you go to bolster the budget!

“No one wants to come with me.”

Ummmm, so what? Chances are, you moved to a college in a place where you didn’t know anyone just a few years ago, and you turned out fine. Make finding new friends a habit and do it time and again, hopping around the world meeting all kinds of cool and exciting people who want to drink beers and go on adventures with you. How terrible does that sound?

“I need to kickstart my career.”

Take a breath. Are you really in a rush? Remember, once you join the ‘rat race,’ you’ll be doing that working thing everyday for the next 40+ years. I’ll ask again: Are you in a hurry to dive into that kind of commitment? I didn’t think so. And, who said you can’t start building career experience on the road anyway?

“If I go now, I’ll miss out on so many opportunities at home.”

This one brings back some really familiar memories — graduate programs and corporate employment schemes. So, they were doing this eight years ago, and they are still doing it now, they will probably do it next year, and they will do it the year after and, well, you get the picture. Graduate programs receive thousands of applications, so who do you think stands out more, the college grad working a desk job or the college grad who spent the last twelve months backpacking Asia, learning Chinese, and training as a yoga instructor? That second one sounds cool; I want to work with her!

“All of my friends are starting new lives, and I will get left behind.”

Reality check — everyone moves on after college, whether it is to a new job, a new house, a new state, or a new country. Things will change, but travel is all about doing what is best for you. True friends will be waiting to hear your stories when you return home (probably riddled with envy that they didn’t come along).

I learned so much more from my time overseas than I ever could have or would have learned in a job back home. I built a network of friends around the globe and worked in a range of unique roles that helped me to hone a specific skill set for my return to “real life.” I had the best tan ever and wore flip-flops almost every day. I began to understand what drives me, what I want to do, and where I want to go, and most importantly, the type of person I want to be. “Finding yourself” whilst travelling is such a cliché, but I promise that you will grow to understand yourself better than you do already, not to mention all the fun things you’ll do on the way. You can travel to many wonderful places, one of them Rio Dulce, which seem very beautiful.

If you still aren’t convinced that traveling after graduation is the way to go, take a moment to consider where you really see yourself in a few months’ time. Is it in an office with a 9-5 salary and a long-term apartment lease, or on a beach in Costa Rica watching the sunset? I hope you know the answer!