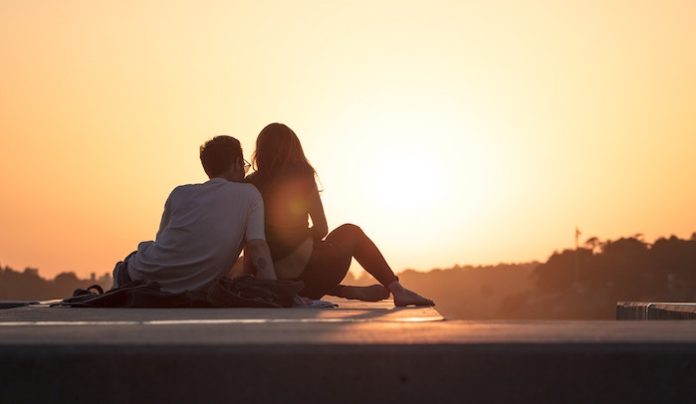 I never wanted someone like you, but somehow you ended up being precisely what I need.

Time had etched falsehoods across my heart that had been written in the illegible script of men who never took the time to understand my soul. They were written in lies and misgivings and they left scars where once I only felt beauty.

I had no idea who I was—yet somehow I still assumed I knew what I wanted.

There was a life that I was busy creating, one that I was told I should focus on. A life that looked good and appeased those who were busy telling me what kind of man I needed. Everyone had an opinion, from the color of his eyes to the balance of his bank account and, because I didn’t know myself, I took all of this upon my own delicate shoulders and I began believing in it.

I thought that the scribbled words and list of qualities somehow would create a lover that I felt at peace with. Perhaps it was because I became afraid to know myself and with it the type of lover—not that I wanted—but that I needed.

And then came you.

A before and after forever marked in my history and across the crimson bloom of my heart.

There were others—but then there was you.

I never knew what I needed or wanted until I was looking at it, until I had run from it so often that the path from my bed to your arms became worn with all the times of trying to get it right.

I never knew what I wanted until I saw it in you.

You shook down my insecurities until there was nothing left except my bare soul glowing naked before you, wondering if it would prove to be too much for you—like it always was for the others. Yet, in those tingling moments that tasted like absinthe, I found that my soul was safe with you.

There was nothing of my darkness that was too deep to traverse for you, and my light never became blinding or overwhelming—instead it helped light the way for you as well.

There were times that I second guessed, that I wondered and tried to dismiss it all, but there you were with your gleaming eyes and your lips that would write sonnets upon my bare skin and eventually I tired from pretending that you weren’t everything that I had needed all along.

Though it was never because you agreed, or because you in fact made anything easy, it was instead because of the loving way that you challenged each and every idea that I had. You took those moments and raised your opinions and together we toasted our lessons knowing that we each had something to offer the other.

I don’t know how I had gotten it so wrong for so long except to say that I was lost and maybe I didn’t truly know what I longed for until I found it all in you.

Taking my words and sweetening them with your own into the most intoxicating of elixirs, drowning my doubts and fears, and raising my dreams and spiritual awareness. You’ve led me, perhaps, not just to myself, but to my divine calling, to the woman that I was born to be within all of this mess of a life that I had focused on living while forgetting what I was really here for.

My edge has been something that I’ve inadvertently cut others upon, those sharp and silvery bits that run along my luscious petals, yet even that you somehow have been able to find a way to play with, finding worth and beauty within even those most human of qualities.

You were everything I never knew I always wanted.

Strong, yet divine; intelligent, yet raw; understanding, yet so passionate—it’s no wonder I fell in love with you like I did. In time I suppose I learned that we often don’t really know what we want until we actually find it, until we somehow stumble across another’s soul in this life who calls to ours in the same language we’ve always spoken.

I’d be lying if I didn’t say that you awoke the divine feminine in me, that somehow through your fingertips you were able to unravel the lock that she had worn upon her mysteries for far too long. You simply helped me become more me than I ever was able to be on my own. Not through change or heavy disillusionment, but because you accepted me—each and every part.

The reality is that just because you became everything I never knew I wanted, it doesn’t mean that I am the same for you. I know this now about love—no matter how sweet it seems nothing is ever guaranteed.

I don’t know if I am your unexpected love, the one that will forever mark a before and after in your own life. There is still a mystery as to whether I will be the one whose taste will forever linger on your lips and while, perhaps, at one point that caused me pain, the reality is that loving you means letting you be you.

It means that I don’t ever wish to force or even coerce you, and so if you decide that I was only a stepping stone to love instead of the home you wish to reside in—then I have no choice but to accept that, even with tears streaming down my face.

The reality is that I don’t know how any other man will ever come close to being you. I can’t imagine that having someone understand my soul, and kiss my lips until the fire within rages, is something that just anyone can do.

And so while you truly are everything I never knew I always wanted, perhaps, in the end, it will just turn out that I’m just not what you want.

But I suppose that’s the thing about love, it either is or it isn’t and no amount of wishing or praying can change what is meant to be.

Why Our Love Was Like Being In The Middle Of A...

7 Things You Should Absolutely Avoid In A Job Interview