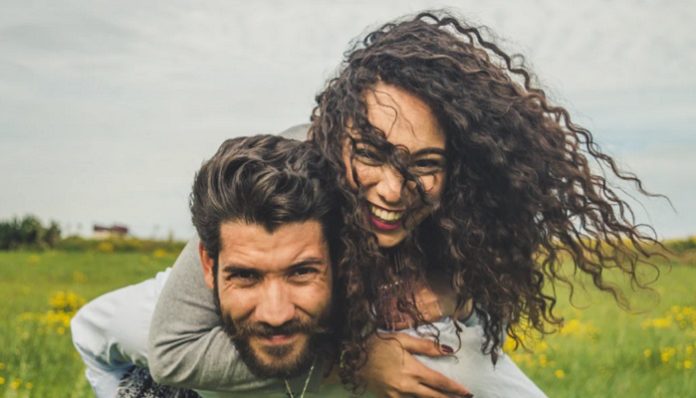 The problem with modern dating is that there are just too many players, and many of them work diligently to make sure they don’t seem like one, in fact they will have you fooled. These men are actually pretty slick at hiding it, these men are “Casanovas.”

Definition of a Casanova: A Casanova is a smooth-talking charmer who has mastered the art of finding, meeting, attracting and seducing beautiful women into the bedroom. Once he accomplishes his goal, he leaves the woman and proceeds to find his next conquest.

In other words, a Casanova is really just a fuckboy in nice packaging.

Spotting a Casanova is NOT always easy, it’s basically like this, if he’s too good to be true, then you better run. A Casanova is a Casanova because he has perfected his game to a tee.

Here are some cues that the man you’re interested is a Casanova.

He’s handsome, well groomed, stylish and is super confident. Because of his good looks he uses that to his benefit, he has no problem getting any woman. Casanovas are ADDICTED to the challenge, chase and game of love. He is really scrummy.

2. He has a secured media profile

He will never post about his dates/outings with other women. Also, if he is tagged in a picture or status, he will untag himself or won’t let it show on his timeline. He will never talk  about his personal life, he will talk about how he is not a “player,”biggest sign he is one.

You know how this goes, he disguises himself as a gentleman and seduces you perfectly well. He always has the right things to say; he has exquisite verbal skills and uses that to his advantage.

He’s basically so good, you wonder if he’s for real. He’s impeccably charming.

4. He Talks About Sex Regularly

Talking about sex may be sweet and you also like it. However, if talking about sex is what he mainly talks about with you, he is surely a Casanova. He will know his way in the bedroom, he’s extremely sensual and knows exactly what a woman wants because he’s had practice from his past conquests.

5. He has lots of female friends on Social Media

I mean, sure, people have friends of the opposite sex and there is really nothing wrong with that fact but if you know that he is following a lot of girls on social media outlets, he definitely has a wandering eye. No guy wastes his time scrolling through girls’ photos if he is not trying or hoping to get something with her. Especially when several females comment with heart face emojis on his pictures. Something fishy going on here.

6. He never calls you

If a man mainly contacts you via text message/messenger it means he does not really care about you, he will not go out of his own way to call you. And, if he really cares about you, he will do that and actually dedicate his days to chatting with you one on one. If he doesn’t call you and he rarely picks up the phone or takes a long time to reply when you contact him, then this might be one of the most alarming signs he is a player.

7. He tells you he is not ready for something serious

Translation: “I don’t want to be in a relationship with you.” If you meet a man and after a few dates he tells you this, do not waste your time trying to convince him otherwise. Not wanting to get involved emotionally, it means that he does not want anything serious yet still wants you to be around him. Also, it means that he does not respect you and does not value you. He wants to keep some contact if he ever wants to fuck you again.

A Casanova will often use the excuses “I am trying to find myself” or “I need to be on my own for a while” to justify why he is not ready for a relationship.  Translation: I want to keep my options open.

8. He refers himself as “Single”

If both of you have been “seeing each other” for a certain amount of time, but he still refers to himself as being “single,” then he might be not looking forward for something serious and is just playing the field. Of course, he does not want to jump into a relationship shortly after both of you have been dating. He will say things to keep you around while being crystal clear that he does not want a relationship and will keep everything casual, he does this, so he will not frighten off other women. He has severe commitment issues.

9. He does not bring you around his friends

If the man who you are seeing never wants to have a meeting with your friends or his friends, it probably is because he does not want a committed relationship with you and he does not want to be a big part of your life. All of your interactions with him will be one on one.

If he has you on a schedule and only sees you on certain days, or weekends are usually a no go, this is a major RED FLAG.

If he doesn’t make a lot of plans with you, or bails on you at the last minute, it may be because he had another girl to meet who was more important than you. Once you hear him tell you that he is too busy, and then you hear that he had a night out with his friends, he is a player. The fact is that if he really wants to be with you, he will find the time.

11. YOU’VE HEARD HE IS A WOMANIZER

If you heard through the grapevine about his sordid past being a player, man whore or a seducer, then there may be a speckle of truth to that rumor. I am not saying you should believe everything that everyone says but when it is coming from several people that KNOW him, there could be some truth behind the rumor.

Pay attention to the signs above to see if he is a smooth “fuckboy” aka Casanova and you will be able to determine if the man you are dating is really interested in you or if you are just being fooled in a false sense of passion. So just remember not get lost into his charming ways and great looks.

Casanovas break hearts fast and move on to the next bed post.

4 Things You Need To Do To Finally Start Accepting Yourself

When Did Kindness Become Optional?