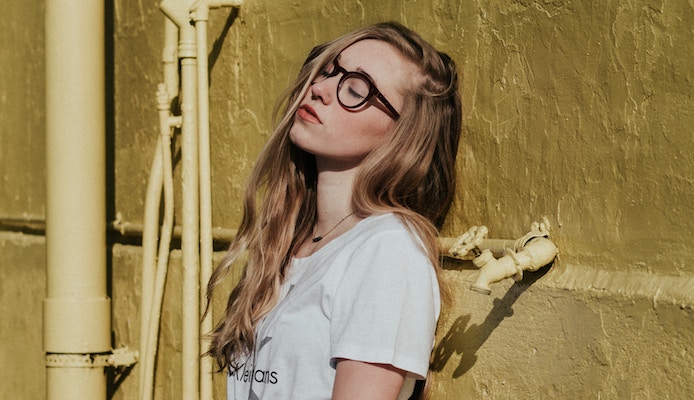 Social anxiety is far more than just being the “quiet one” at the party — the person who would rather socialize with the host’s dog than be the “social butterfly.” It’s consuming, chipping away at your confidence far before you’ve arrived at the party and long after you’ve left the drunken affair and settled in for the night.

It’s constantly analyzing your every word, every action and every movement, falsely believing that you are a collection of flaws, mistakes and ineptitude — and that your perceived shortcomings are all the world sees.

It’s fearing that you are unlovable, that all of your friends secretly hate you no matter how fervently they convince you otherwise and that your partner stays with you not out of love, but rather to save his image as a faithful lover.

It’s standing frozen in front of the phone, your heart racing as your mind battles itself. It’s wishing that you could simply make that call without rehearsing your responses and fearing the impression you will make on the person on the other end of the line, convincing yourself to dial, then hanging up before the dial tone sounds.

It’s refusing to eat in front of strangers — or even in front of friends — because you worry they’re judging what you’re eating, how much you’re eating, or even that you’re eating in the first place.  It’s refraining from eating when no one else is — even if you haven’t eaten all day — because you fear that they’ll think you’re impolite. It’s wondering if your roommates suspect why they never see you in the kitchen, then worrying that they judge you for eating in private.

It’s listening rather than speaking in large groups, speaking only with your expressions because you genuinely believe you are unworthy of contributing to the conversation. It’s feeling your friends’ eyes pierce through you as you finally speak, warmth spreading to your cheeks as you convince yourself you’ve annoyed everyone in your company. It’s not noticing the genuine smiles in your friends’ responses, the happiness you bring to others’ lives. It’s misconstruing non-judgmental kindness as irritation with your rare self-expression.

It’s feeling anxious for hours after someone unfollows you on social media. It’s desperately attempting to convince yourself that they no longer belong in your life and that maybe their decision had nothing to do with you, but instead, arriving at the erroneous conclusion that you’re annoying and completely unworthy of human connection.

It’s perpetually guarding your heart, refusing to let others in to see your scarred beauty because you fear that if you express your truth, they will leave. It’s always being prepared for goodbyes but feeling irreparably shattered when others walk away. It’s blaming your wavering openness for your loved ones’ absence in your life.

It’s slowly distancing yourself from friends and family because you’re afraid you’ve revealed too much to them, so now, in the wake of your anxiety, you have to leave them. It’s justifying your decision to relinquish your relationships by convincing yourself that they wouldn’t miss you anyways, but secretly wishing they’ll come running back to you, wondering where you’ve been.

It’s constantly having excuses at the ready for leaving the party early, as the sights, sounds and voices blur together, overloading your senses. It’s feebly mentioning that you feel sick and wondering if everyone can see right through your words. It’s knowing in your heart that you are mentally ill and wishing that you could disclose your mental illness with the same ease at which you express your mounting nausea — without fear of judgement.

It’s possibly never even making it to the party because with every minute until it’s time to leave, your heart beats louder and faster, threatening to jump out of your chest as you worry that your friends will leave you and you’ll be trapped in a room full of judgemental strangers. It’s vehemently denying that you want to attend the party, but deep down, wishing that you could be as carefree as your friends, dancing under the stars until the sun rises.

Social anxiety is far more than just being the “quiet one” at the party. It’s slowly learning to combat the mistruths that haunt your mind. It’s discovering that you are worthy of companionship and that people do miss you in your absence. It’s speaking up little by little and learning to see immeasurable kindness in those around you. It’s slipping back into self-destructive mindsets some days, but always resolving to continue the journey towards self-love. Social anxiety is celebrating the small triumphs in the midst of the struggles, in the hope that someday, you will finally arrive at the party — and enjoy yourself, too.

Photo by Joanna Nix on Unsplash