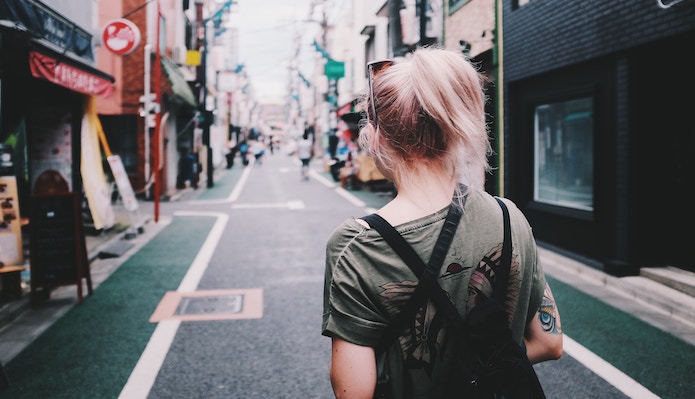 I had to fly away before I found myself in the thick of it all with someone who didn’t respect me enough to see how his actions were wrong. While losing him hurt for a moment, it is so much easier to see the positive now that the fog has cleared. I should have run long before he made the choice for me.

But, I’m here now to share this with you: you are enough, even if he doesn’t make you feel that way. There are signs to look for, ways to know it’s time to run for the door and never look back. These are all reasons why you should bolt and do it fast.

If he makes you feel like you’re too difficult to love, run as far away as you can.

Everyone is worthy of love. Everyone deserves the right to speak their truth and voice their emotions. While he may not listen or believe what you’re feeling, your feelings belong to you. If you feel like something is wrong, and he isn’t helping make things better, then there’s something wrong with him. When you feel like you’re going above and beyond for someone who doesn’t give a damn, then it’s time to walk away. If you feel like you’re the one always asking for more, but he’s giving you nothing but excuses… seriously, run.

If he says you’re asking too much just by requesting bare minimum, run for the hills.

You’re worth more than begging for his attention. You shouldn’t have to plead just so he will ask about your day. You’re above getting on your hands and knees to ask him to notice you outside of the bedroom. He shouldn’t need reminders to treat you with respect and common decency. Relationships require give and take, so if he is taking everything from you but giving nothing in return… then, run.

If he makes you feel insecure in your own skin, run for safety.

God made everyone differently for a reason. Your mold might not fit into his definition of “appealing to the eye,” but that’s OK. You weren’t made to be beautiful for him; you were made to be beautiful for you. All that matters is that what you see in the mirror and feel in your heart makes you happy. To the right person, it won’t matter what you look like on the outside; it will matter what your heart’s like. If you find him criticizing your appearance or trying to change the way you look… that’s a sure sign that you need to run.

If he makes you feel as though you’re not good enough, run for shelter.

If he makes you feel as though you’re the one in the wrong every time, run quickly.

Photo by Oskar Krawczyk on Unsplash

5 Reasons You Shouldn’t Be Nervous To Say ‘No’