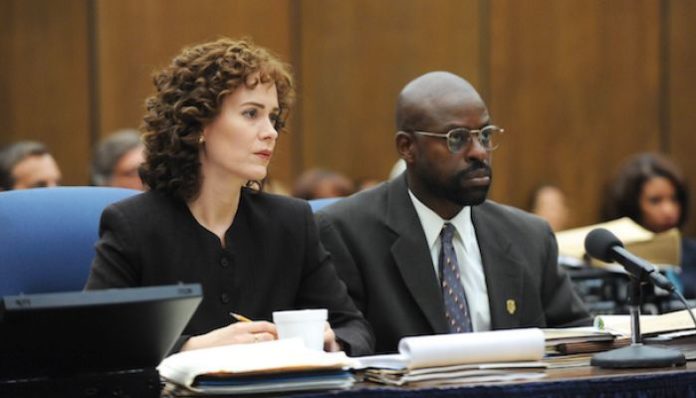 *Takes a moment to collect emotions*

If you are like me and enjoy delving into a juicy political scandal from time to time (yes, I did enjoy that 60 minutes interview with Stormy Daniels), then you will be seriously disappointed with ‘American Crime Story’ runner, Ryan Murphy’s decision to cancel the fourth season’s focus on the Monica Lewinsky-Bill Clinton sex scandal.

Murphy told The Hollywood Reporter, that he delivered the good news to Monica Lewinsky, at a party, stating, “I told her, ‘Nobody should tell your story but you and it’s kinda gross if they do. If you want to produce with me, I would love that, but; you should be the producer and you should make all the goddamn money.'”

For many fans who love Murphy’s spin on ’90s true crime stories, this comes as a serious disappointment.

The affair between Clinton and Lewinsky began in the late 1990’s, while Lewinsky, in her twenties at the time, interned at the White House. In 1995, the two began a sexual relationship that continued until 1997.

Lewinsky later transferred to work at the Pentagon where she confided in her co-worker, Linda Tripp, about her affair with Clinton. Tripp then went on to secretly record some of her conversations with Lewinsky. When the affair finally went public, Clinton admitted to the affair as being “inappropriate physical contact.”

Although the scandal is 20 years old to date, political sex scandals will always be set in stone in our history. Many are interested in reliving these scandals to watch how it all may have unfolded and what drove the affair in the first place.

I am pretty sure in the wake of the Trump-Stormy Daniels sex scandal, we can hope that Netflix will air a doc that details all of Trump’s infamous encounters sometime in the future.

Murphy announced the Lewinsky season in February of 2017, in an interview with E! news. The plan was to adapt the story from a non-fiction book, in this case, using “A Vast Conspiracy: The Real Sex Scandal that Nearly Brought Down a President” by CNN’s Jeffrey Toobin. Murphy also adds that the show was set not to focus on the Clinton family at all, but would have focused on the women involved in Clinton’s life over the years.

Lewinsky may not have to worry about her past being rehashed any time soon, but we certainly hoped we would be here for the show.

How To Stop Giving A Shit When You Always Care Too...