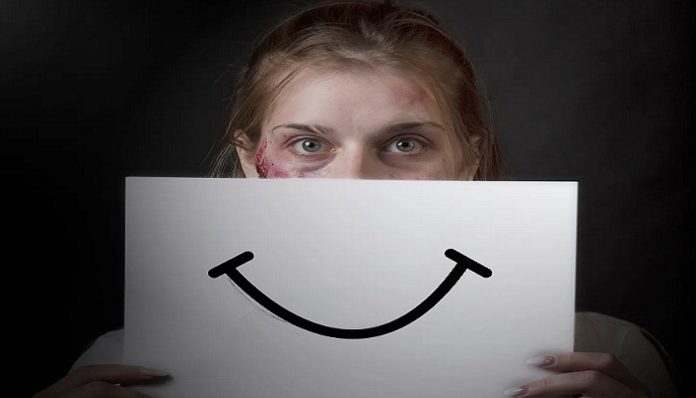 Hello friends. After the overwhelming amount of #MeToo posts taking over my facebook and Twitter feeds, I have to write about this… and why I won’t be posting #MeToo.

Before I dive into why this trend is f*cked up, I want to be clear here that I support survivors of sexual violence. All survivors, or however you choose to identify. I support you. I am in solidarity with you. The purpose of this piece is to sharply question some of the issues I’ve noticed with this #MeToo cyber campaign. Here we go…

First, let’s not conflate sexual harassment and sexual assault. These are both horrible, but they are different. Let’s not homogenize these experiences.

“Conflating the issues of men’s harassment and women’s harassment, and reducing the particularities of these issues does not address the fundamental differences in power between these identities.” – Shanth

What does this mean? Well, 1/6 men experience sexual violence (often during childhood) whereas 1/3 women experience sexual violence in their lifetime. There are so many different factors and contexts that contribute to violence against people based on their gender identities and to dismiss these differences is to minimize or illegitimatize the power dynamics between them. In addition…

These are daunting statistics, and we know that when these contexts become less normative, the numbers change. When we consider social identities and circumstances that influence sexual violence such as: residential schools, prisons, immigrant status, migrant laborers, war/conflict, race, gender, sexual orientation, age, ethnicity, religion, indigeneity, income, and ability… these statistics differ and risk becomes heightened.

Why? Because in a world where violence is dependent on power; socially, politically, and economically marginalized individuals are at much higher risk. So… if you are going to take a stance of solidarity with women experiencing sexual violence through your #MeToo status, you better support all women.

We must understand the consequences of taking these public political stances because if your feminism is not inclusive and intersectional; then it’s problematic.

Comments about the #MeToo campaign such as this make me cringe:

“If all the women who have been sexually harassed or assaulted wrote “Me too.” as a status, we might give people a sense of the magnitude of the problem.” – Anon

…Do you see the issue here? Let me explain it. First, men do realize the magnitude of this violence; it’s everywhere. It’s in our school systems, it’s in our labor market, it’s on the street, it’s on public transportation, it’s in our music, in our films, in our advertising and it’s in our homes. This is not the first campaign to raise awareness either; nothing changed. Why? Maybe because the problem is not a lack of ‘awareness’. Maybe the idea that gender-based violence will be cured if men just ‘realized’ how bad the violence is, makes no sense.

Violence is a result of a multi-dimensional power imbalance that considers social identities and positions. Violence is not the result of a lack of awareness.

“Those who need a certain threshold of survivors coming forward to “get it” will never get it.” – Anon

So it’s up to us to ‘prove’ that rape happens at an increased rate for the issue to be addressed on social and systematic scales? This mistrust is the entire essence of rape culture. This is just another reminder of how pervasive rape culture is.

“It makes me angry knowing that many people probably have disclosed their experiences of sexual assault or harassment because they feel forced or pressured to with this viral # going around” to contribute to the collective effort to prove the magnitude of rape culture.” – Katharyn Rose

“Surely, no survivor enjoys being re-traumatized for a hashtag.” – Anon

This really calls into question the overall effectiveness of these types of campaigns. Do they do more harm than good? Is the well-intentioned campaign naïve? Are we centralizing the wrong areas of need? Is this the best way to bring about social change to gender-based violence? What types of harms is still inflicting upon survivor and survivor communities? Are we prioritizing certain narratives over others? Is this even an accessible campaign everyone could take part in?

Do we think about this before we post? Do we realize who we are accountable to? What are we reinforcing?

For Shanth, “Hashtag activism reduces a complex issue and conflates everything until we don’t know how to pinpoint and address issues within their context.” Clearly, there are consequences that go much deeper than we can realize at any given moment.

The amount of emotional labor that is necessary to have these conversations can be incredibly taxing for survivors, and forcing them to take part, is violence.

Socially forcing survivors to disclose their status as a survivor when they aren’t comfortable doing so, is violence.

Positioning survivors to ‘convince’ the public that rape is a problem; is violence.

Misleading centralities of power is detrimental.

Why You May Be Intrigued By The Idea Of Having An...