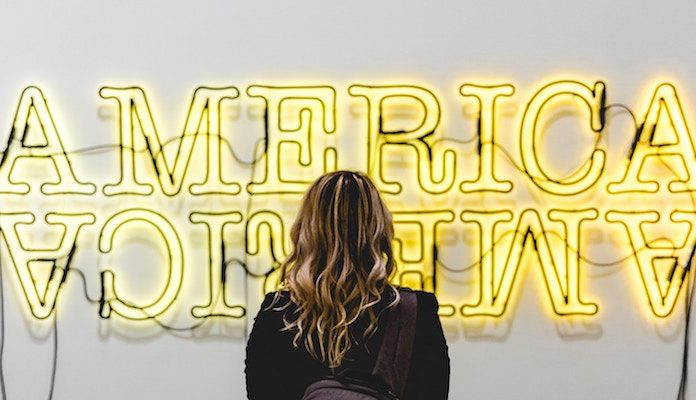 In the wake of another school shooting, here we are once again numbed by the pain.

We go through the motions, the thoughts and prayers and sending all of our love. But when it comes down to it, it’s not enough. It should have been enough way before Sandy Hook, but it still wasn’t.

When a mass shooting happens, we fall back into the same debate: mental health versus gun control. How do we make our schools safer? What can we do moving forward? How can we prevent this?

Gun reform is only a common sense issue until it happens to you, then it becomes a necessity. Asking for common sense gun laws isn’t synonymous for taking away guns. It’s ensuring that people with known mental illnesses don’t have easy access to guns. It means stricter background checks, preventing mass murder on the playground, and actually feeling safe.

Those students in Parkland, Florida did everything they were taught to do, they were trained for this. But it didn’t matter because they were fighting the war of their life with a weapon designed to kill. That’s already a losing battle.

Mass shootings are acts of terror. It’s about time we stop treating them as anything other than terrorism. Skin color shouldn’t matter;

if your committing mass murder with a target and reason to kill, then it’s terrorism.

Realistically, the moment you realize you’re in an active shooter situation is the same moment that you’ll realize it’s too late. While mental health is a vital component of this debate, no one is offering solutions on how to fix the epidemic. Former President Barack Obama  tried to restrict people with known mental illnesses from purchasing guns. But President Trump repealed it, almost a year ago offering no alternative solution.

Mental health is a weak argument because it enables politicians to hide instead of taking action. As Stoneman Douglas senior, Emma Gonzazles said, “It’s not just a mental health Issue because he wouldn’t of been able to harm that many people with a knife”.

The most puzzling part of the Stoneman Douglas shooting is that nobody was surprised at who the gunman was. He had a history. Yet despite being aware of his pre-existing mental health issues, that didn’t prevent him from his access to buying firearms.

To those who own assault rifles for self defense, I ask you: What are you preparing for? Where were you to defend these children?

To those who want to arm our teachers: Do you have the money to fund them for training and equipment?

To the students and the teachers, I apologize. Students shouldn’t have to alter the way they learn and interact in the classroom because they live in fear of a mass shooter. It’s shameful that we are replacing fire drills with active shooter drills. It is pitiful that in the eyes of the NRA and our government that you’re fragile lives mean nothing.

I’m sorry that our government feels that providing firearms to our teachers would be a better option, despite not having enough money in the yearly budget for crayons. I’m sorry that you have to grow up in a world where wearing light up sneakers in a dark classroom may put you into the hands of an active shooter. I’m sorry you’ll have to grow up in a world where gun violence is the norm because no one wants to stand up and make it right.

The Parkland kids are coming close, but we need more. The voices have to be louder because we know we are better than this. Most of all, I’m sorry because this was never part of my education and I hate that it’s becoming a fundamental part of yours.

Stay safe out there kids,

A millennial desperate for change.

Photo by Victor Lozano on Unsplash