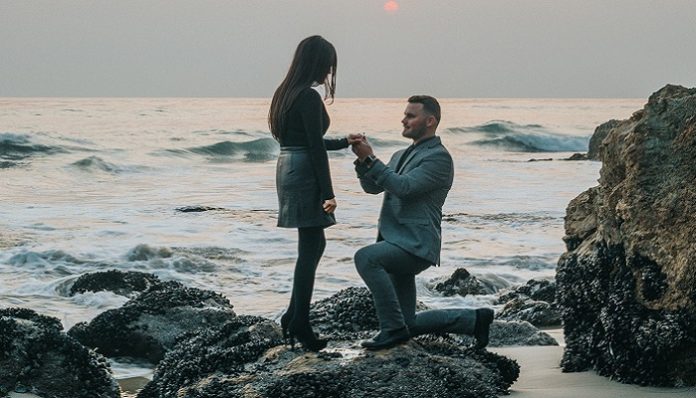 Whether you’re a hopeless romantic or a complete cynic, everyone loves a good marriage proposal. Although all proposals are sweet in their own way, some definitely take the cake. From the best moments to the worst fails, here is a roundup of some of the best (and worst) proposals immortalized on the internet.

1. When nature calls, you have to answer!

As the proposal starts, he reaches for the ring and she realizes what’s happening. He gets down on one knee, and… just as he goes to pop the questions, their son realized that nature was calling. And we all know that when it’s time, it’s time. Somehow, the couple didn’t notice this funny part and still got their romantic moment… with the kid peeing in the background. There really are only two ways to react to something like this happening during your big moment. Luckily, the couple found it hilarious and didn’t let it ruin their moment. Lesson to all – if you’re proposing with kids around, make sure they hit the bathroom before you get down on one knee.

I really wonder how much time he spent putting this one together. It must have taken a lot of coordination. The amount of people involved in this proposal is impressive. But let me tell you: if you ever wanted to be proposed to by all your friends and family running at you lip-syncing then I hate to disappoint you. It’s already been done. Moreover, this guy really went above and beyond. His song choice was on point too. Overall, I would say he did well.

This is by far my favorite proposal on YouTube. I never wanted a public proposal, but if I did, a flash mob sounds like the way to go. And you can just see the love between these two. You can see Dustin getting excited, and right around the 2:50 mark, you can see that his whole demeanor changes when Spencer comes over. And it’s home depot. I hope they’ll get a discount when they want to buy stuff for their house.

I give this guy so much credit. He actually tried to learn the choreography and dance with the cheerleaders from the school she teaches at. He clearly knows his wife-to-be very well. She seemed to love the proposal as well.

5. Two proposals at once

The quality of the video is not so great, but this one just couldn’t be skipped. One girl decided to propose to her girlfriend, but she didn’t know that her girlfriend had planned on proposing as well. The cuteness of this video is just too much. And it’s a win-win because they both got a ring on the spot.

6. The balloon that got away…

This video makes me feel bad for him. He decides the most romantic way to propose is to tie the ring to a heart-shaped balloon. The problem was that in all the excitement of saying yes, the balloon was released. And there went the ring. Pro tip: If you are going to tie the ring to a balloon, well maybe don’t.

7. Down in the Waterfall

Again, people, when you are going to propose, think about everything that could go wrong and make sure you choose the right location. This couple went on a romantic hike to a waterfall and as they stood in front of the waterfall, he popped the question. But as he went to give her the ring, it fell out into the waterfall. The couple did seem to take it in stride though.

I do warn you, this video is on the longer side, but it’s worth it. His dedication to the proposal is next-level. He waited for an entire year so that he could pull this off the way he wanted. Every day for an entire year he took a picture of himself with a sign asking his girlfriend to marry him. Finally, one day, he shows her a video of him asking her to marry him over and over again. That’s pretty romantic.

The main takeaway is that no matter how big you go with your proposal, someone on the internet outshined you. Moreover, try to stay away from moving water, and helium balloons. Also, make sure all parties involved have gone to the bathroom before. But most importantly, make sure it is unique to you. In all of these proposals, one thing is clear: every single one of these proposals is unique to the couple. They clearly fit what the couple wanted, and I think that is what’s most important. It’s not about who gets the most views or likes – it’s about what it means to both of you. So when the time comes, just think about what is right for the two of you.