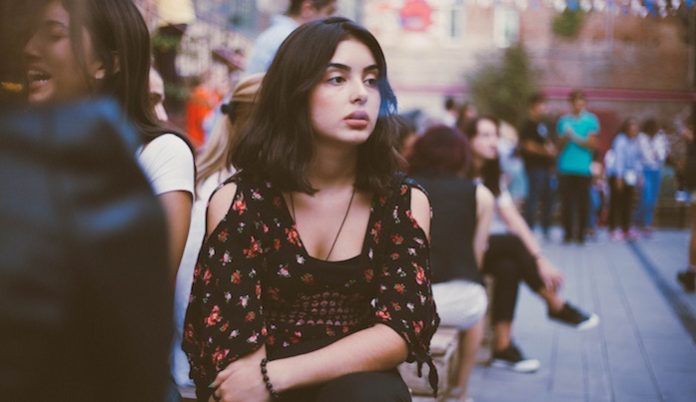 The amount of things guys think are attractive to us girls which in reality isn’t is quite astonishing. They don’t really know any better and props for them for trying to put in effort in trying to look all cool and impressive but truth be told about almost everything they try to hit us with is just a complete turn off and all it’s gonna do is send us running for the hills. There can actually be a thing of trying too hard and unfortunately, 98% of the male population in this world is guilty of this crime. Simplicity goes a long way when it comes to impressing us women and we would also like to assume we’re dating a person, not a perfectly made up doll that has no flaws. It’s not all fun and games when we realize you’re just being a dick.

There are so many things we can’t stand but the pretty generic and obvious ones all of us women can identify are shown below.

MirandaCoyne:
Flaunting your money. Even as an 18-year-old, I always found it off-putting. You have money? Great. You don’t have to remind me every five minutes.

velvet_meow:
Tell me stories about evading law enforcement or run ins with gangs and being tough and shit. No, you just look like you have really bad judgment and decision making skills.

vsmile13:
Too much cologne

Is_Melania_OK:
Picking fights with other guys for stupid reasons. You don’t look tough or manly to me, you look immature and dumb.

ladymicbeth:
That overly macho attitude. Be confident, but don’t be an ass.

fairydustandunicorns:
Revving your car or motorcycle for attention. It’s not hot, it’s obnoxious.

vintage-tea:
The selfie face that consists of one eyebrow raised and pouting lips. You look like a slightly worried fish. It’s not attractive.

BlueBird518:
Punching walls, throwing objects, breaking things when you’re angry. It’s a temper tantrum. It’s not sexy, and I’m going to expect that you’d be hitting me soon enough too.

Average_Jane_XIII:
Being loud and rowdy with their friends in public to stand out. It’s great that you’re having fun, but it’s annoying and not attractive.

BeMoreLikeMae1:
Posting gym selfies all the time makes me think you’re a narcissist and definitely not fun to eat out with.

polkadottulip:
Super styled hair – not a fan of a lot of gel/product . It’s hard to run your fingers through crispy hair.

Notreallypolitical:
Sagging pants. Not attractive, not fashionable, and not cool. Why do you think anyone wants to see your underwear? The latest trend in guys who have their skinny jeans halfway down their thighs. Pull your pants up!

sunsh1neyday:
Talking about all the women they’d like to sleep with/ have slept with. I guess it makes them feel as if they can get whoever they want or just a way to make others believe they can.

Photo by George Gvasalia on Unsplash