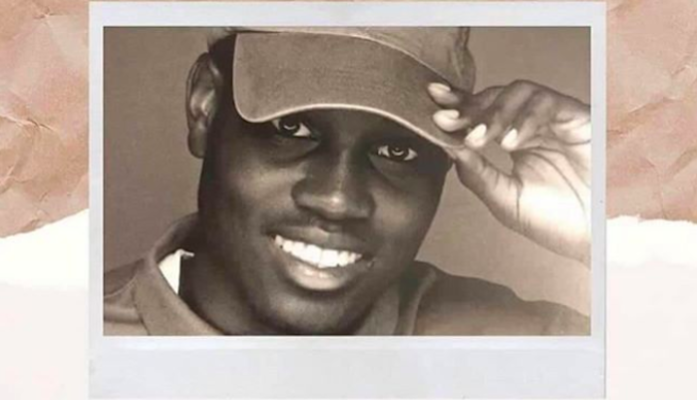 On Tuesday evening, my husband and I were sitting on the couch, looking at our phones after dinner when I heard a gunshot sound coming from his phone. I asked him what he was watching, and he told me that he was watching Video of Ahmaud Arbery.

Ahmaud Arbery was a black man who was out for a run when two white men followed him in their pickup truck, guns in hand. The men tried to run Arbery off the road a few times. They then blocked his path, got out of the truck, and killed him.

When I heard about the Ahmaud Arbery murder, I immeditely pictured my black husband. In my mind, I see him out for a jog, headphones in, running to clear his mind and start his day out right as I make breakfast as I receive a call saying that he’s never coming home.

Philando Castile, who was murdered during a traffic stop.

I fear for my husband’s life any time that he’s in the car without me.

Botham Jean, who was murdered while eating ice cream at home.

I fear for my husband’s life when he’s home alone.

Gregory Hill Jr., who police shot just seconds after they arrived at his house for a noise complaint.

I fear for my husband’s life when he plays loud music.

Stephon Clark, who was fired at over 20 times for holding a cell phone as he stood in his own backyard.

I’m afraid for my husband’s life if he looks “suspicious.”

Some might feel like it’s a bit of an exaggeration to picture someone killing my husband in these scenarios. But I can recount many times when my husband was lucky to live after encounters with police officers.

When my husband walked to the car at night, police officers stopped him and asked to search his car because “it fit a description.” They then handcuffed him, held him to the roof of the car, and put a gun to his head as they mocked him. My husband knew that in order to live, he had to remain still and silent. Luckily, he made it home.

When my husband and I first started dating, he drove my car to his house late one evening. Police followed him the entire way and pulled him over blocks away from his own apartment because my car (with him driving it) “fit a description.”

After we got married, police pulled over my husband in our apartment parking lot for expired tags. They accused him of stealing a car with out-of-state plates. Fortunately,  I was with him, and when I shared that the car was mine,they reluctantly let my husband go. He later told me if I hadn’t been with him, the police would have sent him to jail. My husband knew this as fact, because it was the fate of so many other black men before him.

When my now-husband was just a teenager, he once drove with his mom and younger brother in the car. Police pulled him over, arrested him, and sent him to jail for expired tags.

These are just some of the terrifying things that my husband has personally experienced as a black man. I could go on forever about every story like these my black friends have shared.

We live in a country where black people, particularly black men, can never feel safe with police officers.

Every time a tragedy like the Ahmaud Arbery case happens, my husband and I feel angry. But this week is a bit different because my husband realized that he could have been Ahmaud.  To make matters worse, we started training to run, and though we usually run together, he sometimes runs alone. Furthermore, we live in a “nice” suburb just like the one in which the men shot Ahmaud. Police or neighbors could wrongfully target my husband on a run.

Now I have to add “going for a run” on my list of ways that my husband might die. The Arbery case makes me fear for his safety in circumstances when I shouldn’t, which just goes to show that black lives don’t matter in this country.

4 Tips To Get Out Of Your Rut While In Quarantine