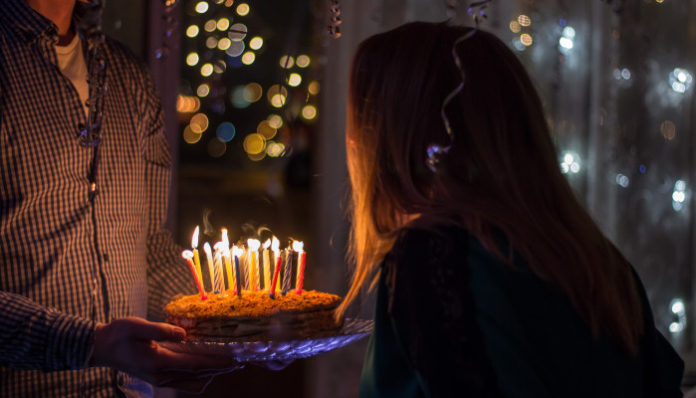 Birthdays are celebrated around the world by all. They are something that we all share a common bond over. We were all, obviously, born, and we spend one day each year celebrating that another year of our lives has come and gone. But what is the history behind birthday traditions in the US?

Interestingly, more than one person is credited with creating what we know as the “Happy Birthday” song.

The melody came from a song that school teachers sang to their students called “Good Morning to All.” It was originally written by two sisters, Mildred and Patty Hill, in 1893 as part of a songbook for school children.

The song was then transformed into “Happy Birthday” as we know it today. It even appeared in the Broadway musical “The Band Wagon” in 1931.

Up until 2016, “Happy Birthday” was technically copyrighted, meaning that it was actually illegal to sing it in public, and people could be fined for doing so.

However, after a lawsuit between filmmaker Jennifer Nelson and Warner/Chappell music publisher, the song was released to the public domain, making it free to be used and sung by all.

The Romans made the first birthday cakes. These cakes were made from nuts, flour, yeast, and honey and were only served at weddings or 50th birthday parties for men of nobility. What’s more, women didn’t receive cakes for their birthdays at all.

Germans continued this tradition by upgrading cakes over the years. On the other hand, the Greeks were responsible for placing candles on birthday cakes. Initially, candles were put on round cakes given to the Goddess of the moon, Artemis.

Today, candles represent how old the person is turning on their birthday. The candles can either be numbers or a certain number of candles on the cake.

The tradition of gift-giving began with the cave people who would give each other gifts from nature such as animal teeth which could be made into a necklace.

Over time, these gifts changed into more material things, such as livestock and coins. Eventually, the gifts became things we could use or consume, such as clothing or food.

Early on, not every year was celebrated. Only significant years such as turning one or fifty years old were celebrated, meaning that only at those ages did one receive presents.

What birthday traditions does your culture or ancestry come with? What is the history behind them? Comment down below!

Photo by Sergei Solo on Unsplash

Focus On The Friends That Stay, Not The Ones That Leave