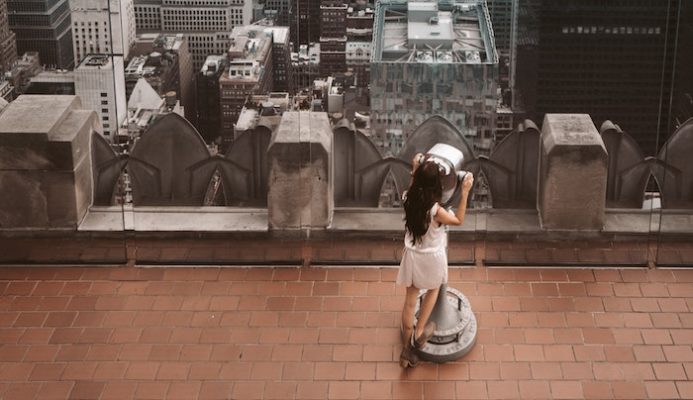 My emotions as a woman are jacked. Growing up, whenever something bad had happened, I was always just told to get over it, which is probably why I grew up to be somewhat of a detached adult. From people, places, feelings, things, I cannot allow myself to feel for anything a hundred percent.

Sure, I look back and have a quick review of my life in my head occasionally, and yet, I really can’t think of anyone whom I feel like I lost or missed out on. Of course, there was fondness and thoughts about certain people I had come across along the way. There was my first love–my first boyfriend. Then the guy who didn’t want me and to this day, I still can’t figure out why. And finally, the one I was dating on and off for four years in college. I sincerely hope he is happy, wherever is. There was them, but I had to get over that.

I don’t really know what love lost means. That is, until my friend, unlikely of all the I friends that I had, enlightened me to what that meant.

Unlikely because, after all, there was a hardened exterior about him. You can look at his Facebook profile and it was guaranteed that he had quotes from the movie “Goodfellas” with quotes like, “For as long as I remember, I’ve always wanted to be a gangster.”

Once, he told a guy I was kind of seeing at the time that if he broke my heart, he would break his neck. The guy came back to him after things didn’t work out between us, gloating, “I already broke her heart, when are you gonna break my neck?” This must have infuriated my friend so much because he hit the guy with a pencil, and this was while we were all in the middle of class. The guy whimpered and apologized to my friend for being a dumbass. I don’t condone violence, but that might be one of the most glorious stories I have ever heard. It still makes me chuckle thinking about it to this day. (News flash: you didn’t break my heart, jackass. Lol!)

And yet here he was, talking to me about the subject of love and love lost. He was a big teddy bear on the inside, after all.

Hearing stories about people’s lost love, and the one-that-got-aways have always interested me because I have always been interested in the human psyche. Why are there certain people who have made such an impact on us? And why are there people who just never mattered to us, even if they would have given an arm and a leg for us? It’s kind of like that song by Vertical Horizon:

So, out of my interest in human dynamics, I decided to prod some more.

“I just mean that the first half of my youth, I was hoping that I would see her again. That we would reconcile. I even planned on what I’d do if she ever came back to me. But she never did. I had no choice but to get over her. I met other girls and had other heartbreaks that made me forget about her. So, when I saw her again, there was no spark. We were just strangers, except with memories.”

I guess sometimes, we have no choice but to just accept the fact that the person we once couldn’t live without is nothing about but a distinct memory, a stranger, who is now a completely different version of themselves, the version we no longer know. They’re like the houses in Beverly Hills, the type of homes you would love to see and own, and you mesmerizingly look at as you are driving away from it, but you know, deep down that home is somewhere else for you. I will probably never know the extent of the pain my friend felt after losing that someone he loved once. So, I sent him a screenshot of a song that I thought was well-suited for him in the hopes that he would be able to look back at that person the way I do my past: with fondness and a little pain.