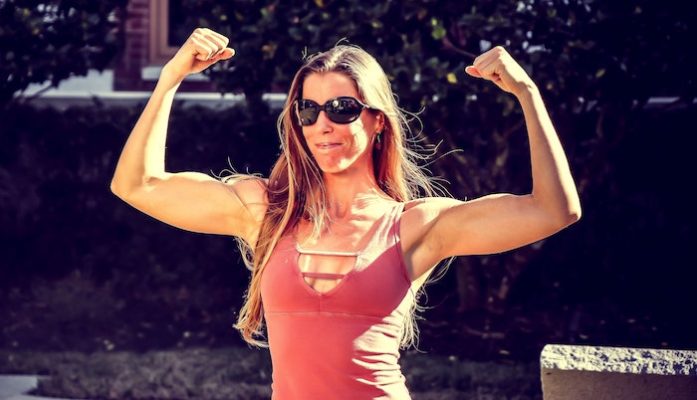 This is going to be a piece for those people who think that positive people don’t ever have bad days. For those who think that it is all sunshine and flowers for happy people each and every single day. This is also going to be one of those sappy pieces where you are going to question my sanity and potentially just want to slap me with a hard object for being a happy person in general or for telling you what to do. If that is the case, don’t worry, I’m ready for it! Brace yourselves kids because I’m ready to throw some happy, positive junk in your face.

Today I woke up on the wrong side of the bed. Literally, I don’t know what I was dreaming about or how I got over there. Also figuratively, just feeling like today was going to suck. You know those days where you don’t feel like wearing pants or have the mental capacity of being around the human species. I woke up with a massive headache, I was cold and dreading the commute in to work, I was running late because I had to tweet at Robin Roberts on GMA to see what weird drink she was having that looked like dirty water, my stomach was being it’s normal pissed off self, my headphones broke right as I was downloading new music to listen to, I got bad news about a guy that I was hoping to be a jerk but just wasn’t into me, and the list can continue to go on and on. I continued to feel bad for myself and dig myself into this deeper hole of “Meh I’m writing this off as a bad, frustrating day. Where is the chocolate?”, but then for some reason, something went off in my brain when I decided to stop feeling sorry for myself and my dumb unnecessary first world problems.

I’m not going to say that Hillary Clinton had any influence on this because that would just be uncalled for, but I did see a quote in her book that I was reading that made me feel somewhat better and start to shift my mood. “Above all, be the heroine of your life, not the victim.“ I know that when Hillary put that in her book she probably wasn’t thinking that that is going to apply to having one of those “off” days or little old me with my dumb problems, but for some reason, it just seemed to stick with me and keep the ball rolling on what good I can take from this day. While it is not going to be one of those days to write in the books for one of the best days ever, it doesn’t suck as much as I thought it did because I started to write it out and to stop playing the victim to my own frustration.

Sometimes when things aren’t going your way and you feel beyond frustrated with how life isn’t playing out in a different direction than you thought it was going to go in, you have to remember that you are the only one that can change it. You’re the one that can fix all the negative that is happening and shed a positive light on it. I know that that is a hell of a lot easier said than done, but the power of positive thinking really can change the way you feel about situations. While it isn’t going to make up for a morning of curse words and eating an excessive amount of chocolate, it does make me feel better that I was able to turn around the second half of the day and not call it a total wash of a day. I dare you to try it once in a situation that you’re having a hard time dealing with and see just how you will feel slightly better about it.

Lesson to be learned: You have the power to change a negative into a positive (Told you it was going to get gross and annoyingly positive). Life sucks sometimes. Life isn’t always sunshine and doesn’t always play out the way you think it is going to in your mind. That doesn’t mean that you have to give up and throw in the towel. You have to remember to stay positive, because playing the victim will get you nowhere but in deeper hole of negativity with more dirt being thrown on you. No matter how crappy the situation, know that your positive thinking and perseverance will pull you out of it. Remember, you don’t always have to be the victim in your life. You can be the hero of your own story.

Originally posted on Hunny, Learn From Me.

Why You Should Date A Man Who Gets Excited About You