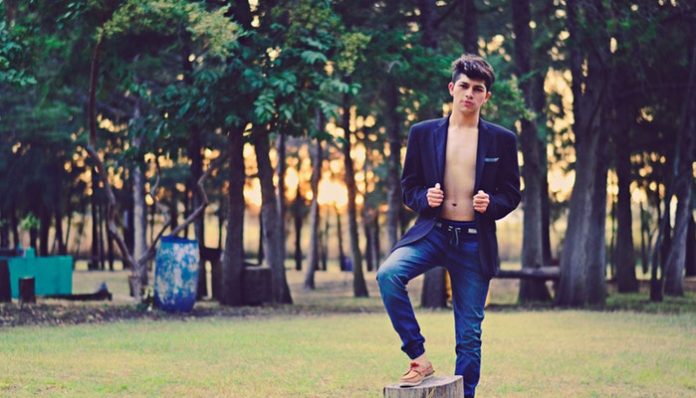 This should give you an easy way to distinguish the good guys from the liars.

I met a man not too long ago who told me something interesting about his two young adult daughters.

One daughter rarely complains about men — even when she was in high school. This daughter is now engaged. His other daughter, however, is just the opposite. She complains about the men she dates as being “liars,” “jerks,” and “dogs” on a monthly, if not weekly, basis.

Why such a difference between two women who grew up in the same household?

Here’s the reality: men are not “natural liars.” Rather, women are lying to themselves. So how do you know what’s truth and what’s a lie, and if you can trust your man?

The number one reason why men frequently and repeatedly lie to women is to help these women maintain their delusional fantasies of the “ideal man.”

Here is what I would categorize as the top ten most frequently repeated lies men tell to women:

There is at least of 50 percent chance that this man is cheating on you. You can believe he is a “hard worker” all you want, but the reality is, the only thing he is working hard at is pleasing his “other” woman in bed.

Some men genuinely do have a personal mobile phone and a work mobile phone. I’ve had that myself a few times before.

That being said, one of the things I always hear lying womanizers brag about is how they will maintain two — even sometimes three — mobile phones so that their “main woman” won’t find out about their “on-the-side” women.

For one phone, he will allow you to check his phone records and text messages. For the other phone? No way.

There is nothing wrong with your boyfriend, fiancé or husband, hanging out socially with a good female friend of his from high school or college.

If your intuition repeatedly sends you signals that their “friendship” might be a little bit more than platonic, then there is nothing wrong with you asking a handful of probing questions about the history of their friendship.

When a man “just wants to talk,” he will invite you to have coffee with him in the morning or lunch in the afternoon.

If a man wants you to allow him to come over to your place late on a Thursday, Friday, or Saturday night, there is almost a 100 percent chance that he is going to make a move on you sexually.

Even when men pretend sex is not on their minds… it is. When a man first becomes acquainted with a woman of interest, the thing on his mind is exchanging orgasms with that woman at some point in the near or distant future.

Your other desirable qualities and non-sexual attributes do not come into play until later.

Don’t believe me? Tell a man in a very convincing, believable manner that you are practicing celibacy and abstinence until marriage. See if that man’s attention toward you increases or significantly decreases.

If over the next three or four weeks, he is now calling you less and writing you fewer text messages and e-mail messages… then you know what’s up.

This sounds silly, but I have actually observed women fall for this. A strange woman will continuously call their man and when confronted, he will respond by saying, “I don’t even know who that is.”

No, it’s you and him. You know why this happens? Some lying womanizers and cheaters do have a “conscience.”

Let’s say a lying womanizer meets you and gives you the misleading impression that he only wants to spend time with you — even though there are three or four other women he has on the side.

One day, he might start feeling like, “Wow, I am really playing with this woman’s emotions.I need to quit leading this woman on.” However, he just can’t bring himself to “come clean” with you.

So what does he do? He makes himself unavailable and aloof. He’s hoping he can just slowly “fade out” of your life without having to explain anything.

I have known men to propose to a woman after dating them for five years or even 15 years. I will not go on record as saying that never, ever happens.

That being said, the vast majority of men know within the first two to three years of dating a woman if they are going to propose to that woman or not.

He may postpone proposing to his woman because he doesn’t feel stable in his career or because he’s wondering if there might be another woman who would be a better match, but it shouldn’t take five or more years to determine if you are “the one.”

There’s almost no chance that he’ll upgrade you to long-term, exclusive status.

In my lifetime, I cannot tell you how many women I’ve observed get their hearts broken by a man who was already in a relationship and gave them the impression that they were going to “one day” be elevated to the status of his only woman.

Do you want to know why so many women get their hearts broken by men? Among other reasons, because of their “addiction” to hearing these three words: “I love you.”

All womanizers know the quickest way to endear themselves to a woman is to tell her, “I care for you, baby… I love you.” Those three words are like a psychological aphrodisiac for most women.