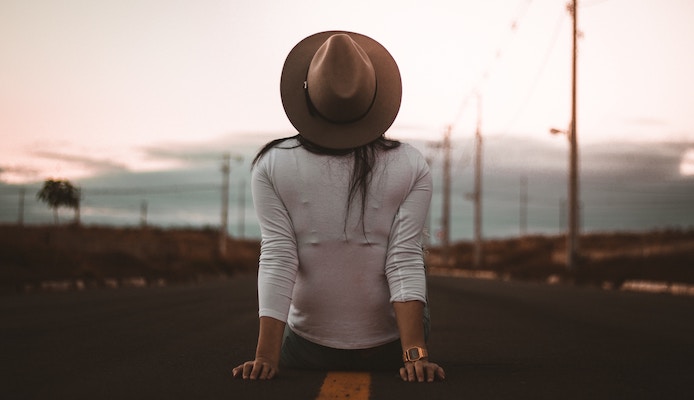 It’s been a year.

Never would I have ever expected that you would make such an impact on my life the way you did. You took a broken girl and made her whole again all while repairing yourself. We were two damaged people who were experiencing similar heartbreak caused by others.

In a few short months we had everything from pet names to drunken “I love you’s” in a crowded bar. We fought and made up just as fast. Our fiery temper and passion were as level as a table top. We did everything so passionately and honestly. I loved how we were able to be so bare in front of each other. We had nothing to hide and that trust was the best thing.

Loving you was beautiful, effortless and easy. But holding my true feelings back was far more difficult.

It’s been 365 days since you walked into my life and about 178 since you’ve walked out of it.

When we met you were in a deep depression about a girl who broke your heart. I helped you heal while you damaged me subconsciously. I gave my entire effort to you, and you slowly stopped giving me yours because you had other intentions.

You couldn’t see how I was different from the girl who broke you before and it’s a shame you’re missing out on someone who would go to the end of the Earth for you. And even though you broke my heart, I’m still here to defend you while you’re nowhere to be seen.

I want to give up on you so badly but I can’t. That stupid false hope has me gripping to the edge of a cliff while I’m hoping you’d come to save me from falling to my death in a downward spiral. But I know you’ll never come, why would you? I’m nothing to you anymore and I have to accept the defeat.

I’ve taught myself to climb off of that cliff by myself and how to live again after you harshly left. It wasn’t easy but I had to give myself the advice that I gave you. And that was the only thing to save me.

It hurts being banned from someones life and you made it clear by leaving me cold turkey, bone dry. Part of me wishes that you would have kept coming back a little bit here and there because I’d like to think you miss me too. Now with each photo deleted or unfollow that occurs I realize I’m just an annoyance and a memory you’d like to forget. And I’m okay with that because I’d rather lose you once than over and over.

You were the biggest blessing and the toughest lesson. But I will always be thankful for what you provided me. And I hope that one day I find a love like that again.

Photo by Allef Vinicius on Unsplash