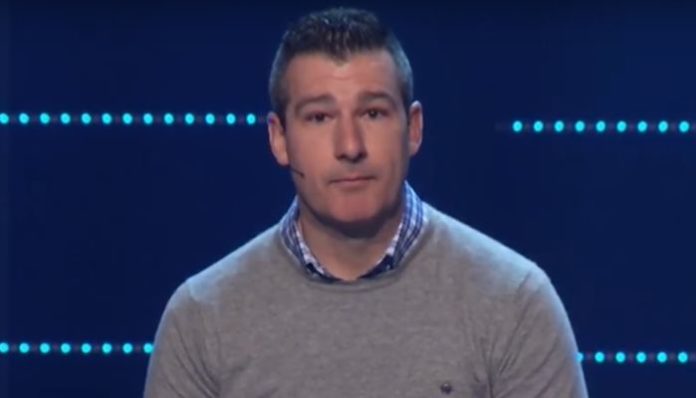 The #MeToo movement has slowly started to steady after countless amounts of women have come forward to share their unfortunate stories of sexual misconduct and victim shaming, and while we are proudly applauding and admiring these brave women, some people actually have the audacity to praise the perpetrators!

Youth Minister, Andy Savage, from a megachurch in Memphis, Tennessee admitted to sexually assaulting a member of his youth group in the 90’s. He admitted to this disgusting act when Jules Woodson, his victim, went public about the incident.

When the pastor confessed his “sin” during a church service, the crowd stood and applauded.

He then began a prayer for Jules Woodson’s forgiveness.

Woodson, the woman who accused Savage, watched the service where he confessed via livestream. Could you imagine watching your accuser finally being able to witness him get the disgust and hatred he deserved for being the monster he is, and have the entire church jump to their feet and applaud him!? She must have felt sick to her stomach.

The accusation was made public because she had approached him directly and earned no response. Because of his silence she told the public, inspired by the #MeToo movement and the courage of other women.

The fact that he didn’t even respond to her was disgusting enough. He should feel shame for that aside from what he did.

It’s absolutely shameful that men in power preach a gospel that exclude people, promote hatred towards the LGBTQ community among others, and commit these heinous crimes, all while having hundreds of people support their poor decisions.

I don’t believe that the church was applauding the fact he sexually assaulted a teenage girl. I think they were celebrating the fact he was coming out about it and because he spoke publicly about it they forgave him because he was “open to talking about it”.

In no place, shape or form should we be celebrating the villain for being truthful about the disgusting things they did to others, especially children. It’s 2018. Religious beliefs are no reason to forgive a sexual predator and dismiss their actions. How can church members seriously open their arms to someone like that, especially the leader!?

I am glad to see that the public is supporting Jules and is trying to discourage people from going to that church again. I can’t see why anyone would send their child or attend a service run by a predator, but as this pastor has preached to his people, “prayers cause forgiveness.” Disgusting.

4 Negative Thoughts That Are Keeping You Single

10 Reasons Dating A Writer Will Change Your Life