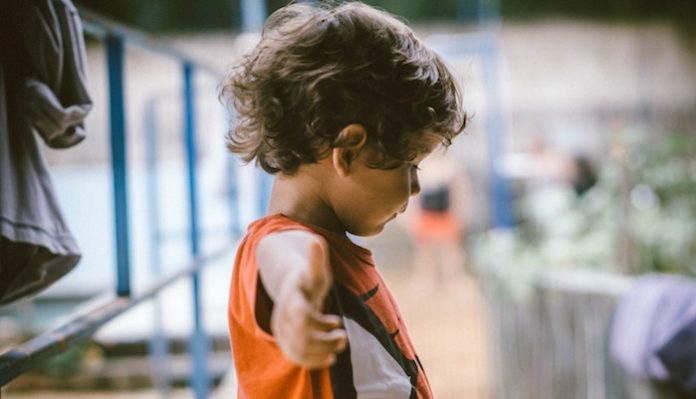 The GOP has been a monumental disappointment to me for the majority of the year, but this time they’ve gone too far. The big tax bill that I’ve been dreading has passed both the House and the Senate, and while the Republicans are on Capitol Hill patting themselves on the back for getting big tax breaks for their private jets and pass-through corporations, one thing has been overlooked or ignored — healthcare for children.

In September, the federal funding for the Children’s Health Insurance Program, known colloquially as CHIP, was allowed to expire. Now, in December, states are running out of money needed to provide healthcare to 1.9 million children that are covered under the program.

Let me repeat that for you. 1.9 MILLION children are about to be without health insurance because of the lack of funding. If CHIP is allowed to completely fall apart, these children could find themselves without insurance or any way to get it.

Who is At Risk?

This insurance is vital for a healthy childhood — it covers everything from preventative care like checkups to lessons on healthier lifestyle choices. 94% of uninsured Americans live below the poverty line, which is why programs like CHIP are so important — they provide insurance for the children, even if the parents are unable to afford insurance for themselves.

The healthy children who are going to miss out on their regular checkups aren’t the most at-risk here — it’s the pediatric cancer patients and others with chronic illnesses, many of whom are in the middle of their treatments that are being left out in the breeze, unsure of their future or if they will be able to continue to afford their lifesaving treatments.

Without insurance, parents may not have the ability to take their children to the doctor if they suspect that something is wrong. For many life-threatening illnesses, no matter how old you are, early detection and treatment is vital to a positive prognosis. If you can’t get to the doctor because the GOP gutted your health insurance or simply forgot to renew the funding, you’ve got no way to get that early diagnosis.

I know that I’m not the only one who is both furious and disgusted over this chain of events. The GOP is pleased with their achievements in Congress while individual states have to notify all of their CHIP participants that the government doesn’t give a crap about their children and that the program is running out of money.

The really depressing thing is that they both agree that they program should be funded — they just keep fighting over how to pay for it!

The fact that Congress is spending more time thinking about their tax bill and less time about the health of the children of our nation says a lot about how messed up the whole thing really is. They’ll cut their own taxes and let the rest of us die while they lounge on their tax-reduced private jets.

We need to speak up — loudly and repeatedly — by calling our representatives and telling them to get off their padded behinds and make a difference for our children. We can’t let the GOP continue like this — they’ve gone too far this time.

Photo by Bruno Nascimento on Unsplash