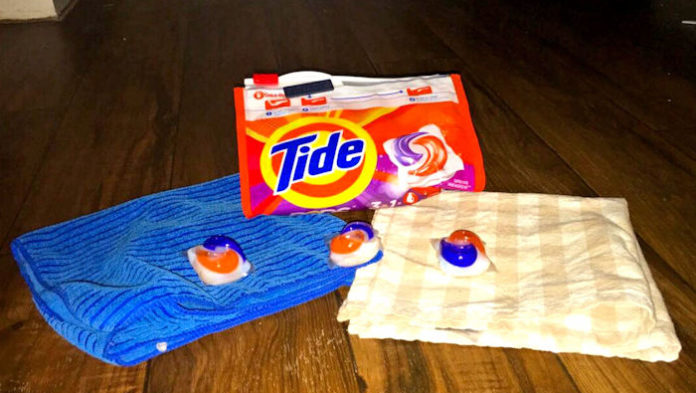 It appears as though 2018 is carrying on the crazy trend train for teens, as this time around the case comes to “forbidden fruits.” These mysterious treats are really the extremely concentrated candy-looking Tide Pods. Each color on these packs is there for a reason, and those reasons certainly do not count for tastes. The dissolvable plastic alone is absolutely terrible for health, and each component of these pods tastes horrible to prevent consumption.

It’s absolutely insane how these pods have become some sort of a tempting snack. In just the two weeks since 2018 started, there have been 40 report cases and just in 2017, there were 10,500 reported cases of misusing laundry pods. This number is growing more as the days continue as the “Tide Pod” challenge continues to pop up on social media. The everyday laundry item accurately states it only takes a second for this everyday item to become dangerous and some teens are proving it. The pods can be lethal and since they’ve been on the market there have been at least 10 known deaths from this type of product.

The challenge called “The Tide Pod Challenge” requires people to put the laundry pod in their mouth and then eat it.  This trend follows a lot of other troubling fads that have influenced young teens over the years. At their age, the lack of mentality and peer pressure mixed together will only harm them in the long run and keep a dangerous influence afloat for those even younger than them.

The struggle to fit in amongst our peers is real and sometimes we do silly things to be accepted or acknowledged. The problem is that many teens aren’t aware of the consequences of their actions or refuse to understand the lasting complications of them. Humour should not cost someone their life or damage their health. It’s important for teens to understand the dangers of their actions and that being cool or making people laugh shouldn’t come at the cost of themselves. They are worth more than that.

It’s crazy to see so many young adults showing themselves on the internet putting these pods in their bodies, knowing they have so much potential in this crazy, crazy world.

In collaboration with Cassandra Marie Vella

Featured Image via the author.