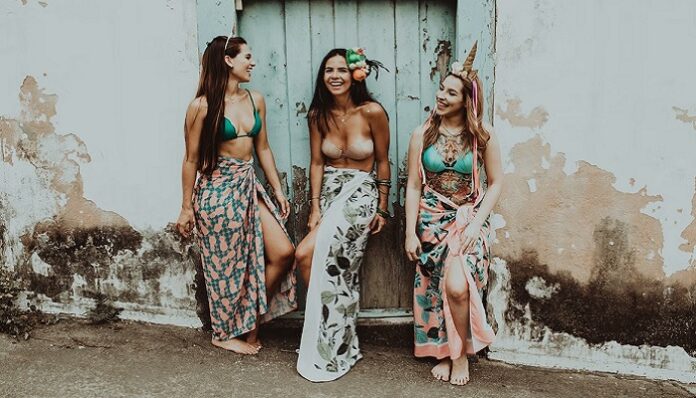 Ever notice how the most confident and attractive women you know seem to charm everyone around them? It’s not physical beauty per se, but rather certain personality traits they possess that radiate attraction, happiness, and empowerment from their core, drawing others to them effortlessly and causing everyone they encounter to simply adore them.

The secret to these empowering women’s success with others isn’t rooted in any specific theories of feminism or psychology but rather in the aspects of their personality type and general perspective on the world that directly shape and motivate their everyday interactions and behaviors.

These women we all admire and feel such strong connections with so easily have the four following dominant personality traits in common.

After seeing this list, I’m sure you’ll agree: It’s pretty easy to see why they’re so hard to resist!

By definition, you can’t fake authenticity. When you live with genuine integrity, it shows. Acting in harmony with your values begins with how you think, continues to show in your words, and finally, in how you act. People see it right away when any of those elements is out of balance.

A woman’s true thoughts and intentions show through subtle body language, her tone of voice, slight gestures, and subtle word choice. That’s why your friends know when you say you’d “love” to go out with them Friday night, you’d actually prefer to audit your taxes. People up on these tiny disharmonies, even when they can’t detect the specific lie. They sense something isn’t right. That’s why a woman who is real, honest, and genuine is so incredibly refreshing to be around.

They’re thoughtful and kind to others.

Kind people make others feel good about themselves without any ulterior motive. Well-liked women aren’t overly focused on themselves. They focus on you. Your kind friend really does want to know how you are when she asks. It’s not a mystery why that raises our mood.

In addition to boosting our confidence and valuing our friendship, spreading kindness has tremendous health benefits for both the giver and receiver by boosting serotonin levels in the brain and supercharging immunity! So, show a little sincere thoughtfulness whenever you can.

They maintain a positive outlook.

Well-liked women don’t have less adversity in their lives than anyone else; they just relate to it differently. They choose to feel content with themselves and their lives, and that shines outward. Happiness is an inside job. When you’re around a friend who demonstrates a deep contentment in the midst of chaos, she exudes a sense of calm.

Also, truly joyful people aren’t looking outside themselves to fill a void. They’re grateful rather than envious or resentful, and they show empathy toward others. It’s more appealing to be near women who radiate a sense of satisfaction instead of neediness. When you’re together, you get to focus on your weekend road trip plans and not her most recent drama.

They take responsibility for their actions (and their happiness).

When you’re responsible for your life, you accept (and embrace) that you have control over it. That’s a huge conviction to put into practice. It requires the ability to look at any circumstance and know that even if you can’t ultimately control the outcome, you can, at the very least, control your response to it.

Friends who take full accountability are the ones who want to mend any relationship rifts. They rush to apologize and say, “I’m so sorry we aren’t getting along, and for my part in it. Let’s make it work,” rather than, “I never said that. You just don’t know what you’re talking about.”

Who doesn’t like someone who is more focused on settling their own demons as opposed to dissecting yours?

We all want to be around others who make us comfortable.

And we all want to feel accepted. So when we see someone who is comfortable with themselves AND happy — boom! That’s where we want to be, too! Voila — attraction in its most literal sense.

The magnetism of like objects drawing together. In this case, positive to positive!

Sex Is Great, But The Aftercare Can Be So Much Better