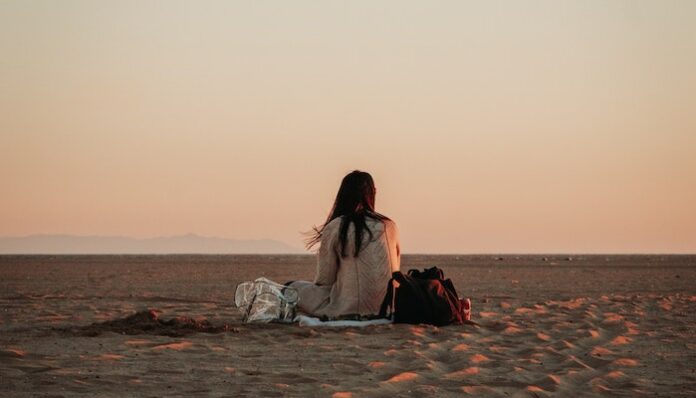 Tongue twisted. I was always tongue twisted. He was always catching me in “lies.” The funny part was, I was never trying to be dishonest. Constantly berating me with questions and accusations. It never stopped.

If this sounds familiar and you think it’s going to stop, you are kidding yourself.

I have learned that once you start explaining yourself, you allow someone to question your character. You are submitting yourself to their judgment (and potentially abusive behavior) without cause, expending time and energy on efforts for nothing more than keeping someone’s ego at ease.

Stop! They are deflecting your attention off of their own actions, and often times putting it onto something completely unrelated to who you actually are or what you are actually doing. More often than not, they are grabbing at straws and poking at things that may have happened in the past, or maybe even not at all.

How do I know all of this? I dated the devil for two years.

Saying “the devil” may sound harsh to some of you, but not to those of you who understand what I have been through. After the abuse and the damage, it is the most accurate word that comes to mind. I might as well call it what it is.

He was charming, though. Infectious to someone like me. I believe I may be the protocol for a narcissist’s prey. I am a people pleaser, a perfectionist, and I, for whatever reason, require validation from the person I am romantically involved with. Maybe he could smell this, like a dog smells fear.

The moment that I should’ve known was the moment he began questioning my character, which was nearly immediate. If he constantly badgers you for more information on your sex life, stop now and walk away.

He remembers every little detail, and if you say “5” instead of “6” next time he asks, you will immediately be branded as a full-fledged liar, giving him probably cause to never believe a word you say. He will always assume you are a cheater and a liar.

If you always feel as though he is trying to set you up for failure, chances are, he probably is.

Never mind if he hasn’t spoken to you the past two nights in a row, and you have reason to be upset with him. You are not allowed to question his behavior and your feelings are not going to be validated.

Whatever questions and assumptions he has made about your character while he was out doing God knows what, are what matters. So just sit down, shut up, and prepare to answer any questions he may have. Or, please, please, walk away.

Do not explain the last time you were promiscuous was four years ago. Do not tell him what a good girlfriend you have been, and that while he was out you’ve stayed home. Do not, I repeat, do not tell him you will do anything to prove yourself.

You will spend your life always explaining yourself. Defending who you are without cause, deflecting any questions you may have for him, and instead spend your time looking for reasons why you may have left water around the sink.

Trust me, he will never be willing to do the same. And if he did have to explain himself, and if honesty was a factor, you wouldn’t want to be with him anyway.

There is no excuse, no justification, no logical reasoning for his actions. He just is the way he is, and you deserve better. Never forget that.

Photo by Devon Beard on Unsplash

How My Parents’ Divorce Saved Me And My Sister