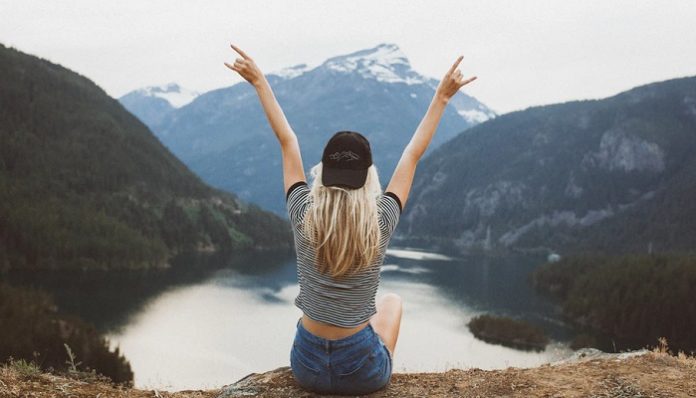 I don’t have the cleanest background. I have been involved in drama, I have lost friends, and I have been in fights that were started due to over-exaggerated, miscommunicated instances. Because of these things, I have cut people out of my life so quickly, literally without even a second thought.

Over the years I have noticed a change in myself, something I really don’t like. I have become angry, emotional, and I have lost my ability to trust others. Someone could do the nicest thing for me and I will automatically think that there is an ulterior motive, that they are scheming behind my back. I allowed myself to become too easily influenced by other’s thoughts and opinions, and I would automatically take those opinions on myself without even looking into the situation. I am sick of this.

After so much time of acting this way, I lost who I truly am as a person. I used to be kind, forgiving, and trusting. I cherished every friendship to its fullest and I would be absolutely devastated if one of my friends was upset with me. This would lead to me providing endless apologies to try and mend the situation, because I cherished these people so much.

However, I lost this ability within the past three years. I developed an attitude where I didn’t care whether or not people walked out of my life, if someone did something even remotely wrong toward me, I would cut them out. But this hasn’t done me any good, and it has only left me with trust issues and feeling quite alone.

This is when I realized I needed to change. I started to realize every positive trait about me had been ripped away and only the most negative, horrible characteristics of mine surfaced and took over my essence. So what did I do?

I shut all of my negative characteristics off.

Another part of me that I missed was my ability to forgive. Throughout my whole life, I was taught through my faith to forgive others and to not judge. However, I allowed my judgments to consume me and I gave up forgiving others. Instead, I would act like someone never existed in my life, something so unhealthy and unnatural. I started to understand that no one is perfect, especially not me, so I wanted to get my ability to forgive others back.

I have used this time of self-reflection to reach out to past people and send apologies, and I promise this has been such an incredible feeling. I can’t say that everything in my life will automatically go back to the way it used to be, but at least I can focus on making sure my future path is paved with my own stone, not someone else’s.

Finally, I just wanted my smile back. My life became so consumed with negativity and anger that I couldn’t find any reason to appreciate and be happy anymore. I am working hard to bring this back. I started to just expect everything instead of understanding that I need to appreciate all that people do for me. This includes my friends, my parents, and anyone else who does anything for me. I want people to know I am thankful for all that they do and how they impact my life.

These may seem like such small things or like something most people already do, but I lost this part of me. I promise you that becoming the person I am has done nothing good for me. But you know what does feel really good? Owning up to your mistakes and doing something to change them. I will keep working on finding the good parts of me again, but I just hope that my advice will help others realize if they are heading down this path before it’s three years later and there is a long list of enemies under their name. Don’t become consumed by your negative qualities, and don’t let anyone bring them out of you if you don’t want them to be released.

What You Can Expect This February Based On Your Zodiac Sign