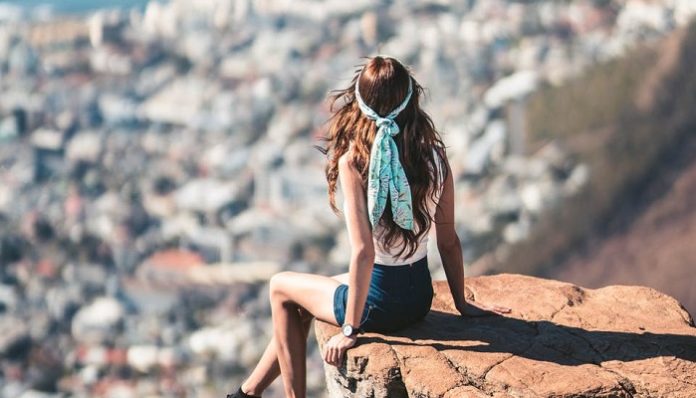 This week I accidentally stumbled upon a picture of my former “man-friend” and his new blonde bombshell of a girlfriend. Lord knows I wasn’t looking for that business, but it kind of hit me like when you stub your toe on something hard. At first, you think you are okay and can laugh it off. Then you give yourself a minute to let the pain sink in and you are screaming, crying, and cursing worse than Donald Trump’s staff when they look at his Twitter feed.

At first, I was okay, but then I started to over-analyzed every detail of the photo. They were dressed up (he had never really wanted to see me in anything outside of yoga pants), they were overlooking the city (clearly they went somewhere nice, while I only got a nice view of the TV from his couch) and he looked happy to show her off as his own (you can see where I’m going with this; no one even knew I existed). It just made me hate him more for making me question who I was versus who she was and what made her so much better.

So then I started to dissect her… She is this tall blonde, looked like she had never eaten a cookie in her life. She looked as if she had never had acne a day in her life or as if she had no stresses in the world. She looked like she was one of those cheerleaders that you wanted to hate in high school because she had it all, but you couldn’t because she was one of the nice girls. She looks as if she was the type of girl you would want to be friends with. I wanted to hate her so much and wanted to hate him even more for choosing her over me, but that’s when I realized that I needed to put down the chocolate, turn off the sad country music, and stop feeling sorry for myself.

I was only doing myself a disservice by wishing that she use her long, fabulous, athletic leg to kick him in the nuts. What is the point in throwing bad vibes at him and hoping that he would finally get what was coming to him? Was that helping my mood and pushing the universe to throw a hockey puck in his face? No, it was just making me feel bad again about myself and the situation that he had put me through. That was when I decided I had two choices. I can continue to waste my valuable moments in life hating him and wishing that an anvil would drop on his head like they do in old cartoons or I can let karma be the bitch in this scenario and wish good vibes to his new girlfriend and hope that he will continue to keep treating her better than I was treated.

We can go through our lives hating every single person that hurts us or we can hope that the next one gets the love that we deserved. I’m not saying that you should be baking them a cake or helping them plan their wedding, but it is doing you no good over-analyzing their new relationship and what could have, should have, might have been. Living in the past and hoping that he will finally see what he did wrong is not helping you to move on or feel better about life. What will is allowing yourself to forgive him, wish him the best and be happy on your own again. I know it is most certainly not easy, but sometimes the right things to do aren’t the easiest.

Lesson to be learned: Sending good vibes into the universe feels better than wishing them to step on a Lego barefoot. Whether it be an ex or just someone that has hurt you in the past, wishing karma on them is just bringing yourself down to their level. By putting your own good vibes out there, you are opening yourself up to those positive vibes too. Let karma be the bitch and do her worst, while you are out there moving on with your life and doing your best.