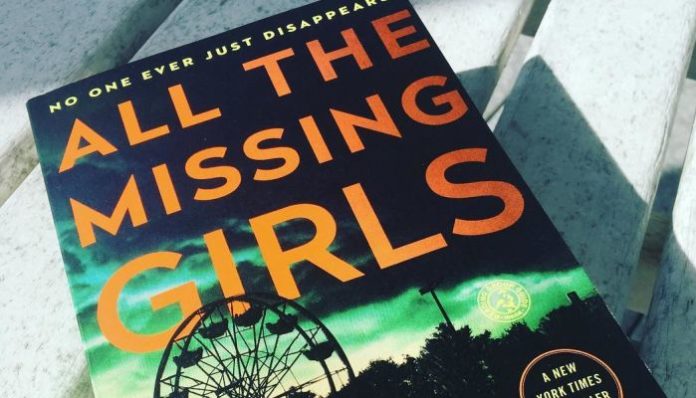 It is all about taking some time to figure out what is right in front of you. That is the main theme of Megan Miranda’s All The Missing Girls. When Nicolette Farrell is forced to go back to her hometown after ten years to help her brother with her ill father, she is thrown back into the past that she had been running from and the story of the girl that went missing from her town before she left. Sometimes no matter how much you try to run away from it, the past will catch up with you (especially in a fictional murder mystery).

With a lot of twists and turns, this book keeps you on the edge of your seat and searching for more. When you think that the storyline is going in one direction, it will shock you and move it in another way that you didn’t expect. You will constantly be questioning the lies of the townspeople, as well as what is being left out from Nicolette’s point of view. There is no real way to tell if any of these people were trustworthy because all of them have their secrets that they are hiding. Another theme that she uses in the book, the woods are full of secrets and eyes.

The style of the book is interesting and unlike anything I have ever read. The story is told from Nicolette’s point of view, beginning in the present. As she goes back to her home town, you are thrown into her past with glimpses into what had occurred ten years ago, but then when another girl goes missing, it takes the story line backwards from two weeks that she is missing to the night when it happens. I have never read a book like this, so it was interesting to see the point of view coming in snips that you had to piece together. To get a piece of the story and then find out the day before why it was happening is an interesting way to do it, and it definitely sets it apart from other murder mysteries.

The ending is what got me. I enjoy murder mysteries and feel as though I’m able to figure out the plot twist before it happens, but with this book, I wasn’t. I didn’t see the ending coming, I didn’t see who the murderer (or murderers) were, I couldn’t figure it out on my own, which makes this even more of a must-read. If you are able to figure it out before the end, props to you, but I can assure you, it won’t be easy.

Ultimate Ginger View: Run to the bookstore now and pick up this book! I promise you that you won’t be able to put it down! It is one of those books that if you had the time, you will be able to read in one day. It is just that good! It will keep you on the edge of your seat, questioning who the real killer could be and provides you with an ending that you won’t believe. Trust me, you won’t regret it.