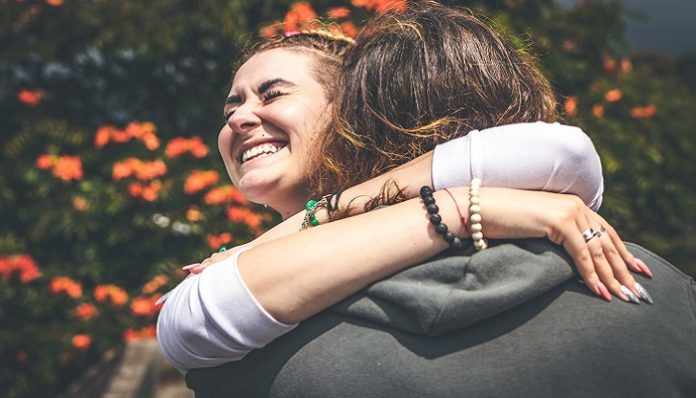 Why is it when someone is giving you all the clear signs that they are not interested, we don’t listen? When someone says to you that they aren’t looking for anything serious right now, you try harder? Why is it that even when we are honest with someone and say that this really isn’t the best time for dating right now, they still persist? Why do we not accept no as an answer and move on? Better yet, why do we build things up in our mind so much to the point that we think we can change their mind for them?

I’m guilty of this. In past relationships, almost relationships and every idiot under the sun that I have ever liked, I ignored the fact that they didn’t like me. They may have liked my body or whatever attention I was giving them at the time, but they didn’t like me for me otherwise they would still be around (and this blog would not exist). They didn’t want to date me or have something serious, they just wanted to see if they could get a little ego boost in the bedroom and move on to the next poor soul they could fool. But why did I misinterpret it every single time? Because they weren’t honest with me. They gave me a little bit of attention and made me feel like I was going to be the next big thing in their life, but they were never upfront about their feelings.

Learning from the mistakes the past idiots I have dated, I decided I needed to be more honest and upfront with guys. I don’t want someone to get their hopes about me and feel that I was out to hurt them. So after a plummeting disaster of an almost relationship fell through the cracks, I felt the need, to be honest with a guy whom I recently met. I was upfront with him about just getting out of something and that right now was not the best time for me to be doing any kind of dating. While he was polite and said he appreciated my honesty, he proceeded to ask me on a date.

Normally I am one to say be persistent and stay strong when it comes to going after something you want, but when it comes to a woman saying that she isn’t interested, now would be the time for you to back off. This is not The Big Bang Theory, you are not Lenard and Penny, you will not be getting your nerdy fairy tale ending. You are now just going to make the situation a little bit more uncomfortable for this girl (ME!) who already tried having this awkward, honest conversation with letting you down gently.

And then the story gets more dark and ominous. A month later and he is still asking me out, sometimes even twice a week. In the beginning, maybe I could go on a date. It wouldn’t necessarily kill me (unless sharks were involved), but I honestly was not ready. Now I find myself so irritated whenever his name pops up on my phone that I want to demolish it into a million pieces (But then I think about how much money I spent on it and think… Better not). Again, this goes back to not listening.

I know this might sound rude gentlemen, but seriously, if a girl is acting like she is not interested in dating you, she is not interested in doing anything with you. Coming from a “relationship” where it was lucky if I heard from him once a week to just know if he was alive to someone who is very insistent on seeing you is too much. There has to be some middle ground here. If you are requiring a girl to charge her phone more than once a day with a number of times you contact her, you come off as needy (Not a good thing!). A woman wants a man that is interested, not a child needing attention at all hours of the day. She also wants someone that she is interested in. Chances are if you have made it through this much of this blog, she is not into you bro.

Lesson to be learned: If someone is interested in you, they will make it known to you. Actions speak louder than words, so if they aren’t showing any interest in spending time with you or even talking to you, they aren’t playing hard to get or are too busy to talk to you, they aren’t interested. There are no if, ands, or buts about it, stop dreaming up this fantasy in your mind or making excuses for them. Now would be the time to step away from the phone and move on to the next one.