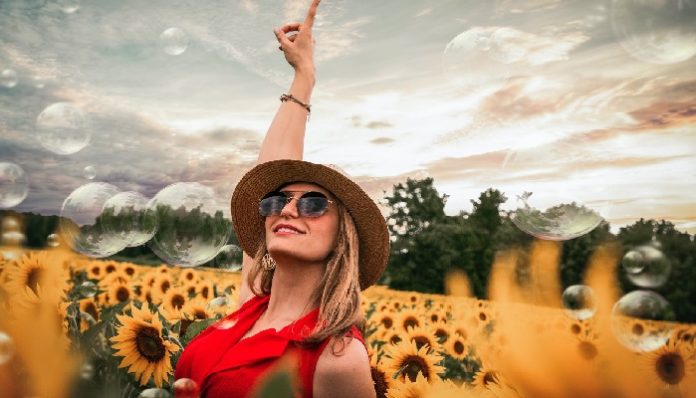 Do you ever feel like your life is like Groundhog’s Day? Where you keep repeating the same situations over and over again and nothing seems to be changing? It’s as if life is trying to tell you something by repeating it, but you aren’t able to fully grasp the message? I had this grand epiphany one night when I was mowing the lawn out of frustration over another failed relationship, that maybe, we repeat history until we change the outcome. Also, that I made the right choice not to go into landscaping. (Helen Keller can do a better job cutting the grass than I can).

To understand how I came to this realization, we have to start at the beginning. When I found out that my first love not only had cheated on me but also got a woman pregnant in the process, I lost it. Instead of realizing that he was in the wrong, I took it out on myself. I went into the deepest hole of depression because I thought I wasn’t good enough to keep him interested in me. I stopped eating, I stopped going out, I stopped pretty much living (Come to think of it, that was the skinniest and most rich moment in my life… Maybe I should date and break up with him again! Just kidding!). It was one of my darkest moments that even after we were broken up, I was still letting him control me. I had to find a way to stop letting a man get the best of me.

Years later, when I found out that my next ex “man-friend” had moved on and conveniently forgot to mention it to me, I lashed out. Again, I blamed myself for something he did, but this time, I verbally attacked him. I was blocked on all social media within minutes and pretty sure I drained his cell phone battery. I tore his stripper a new one and left a damaged path larger than an F-5 tornado (If you are not familiar with the Fujita scale for measuring tornadoes, F-5 is the largest type of tornado possible). I literally lost my damn mind, because I was weak when it came to him. Once again, I let him control my emotions to the point that it made me question my own sanity. It was absolutely not my most shining moment, but a prominent learning moment.

Which brings us to the present. Last week when my “man-friend” let me find out on social media that he had moved on versus actually being honest and telling me, I stopped history in its tracks. I wasn’t about to lose myself again and act out in the way I did in the past. I wasn’t going to let him have this emotional control over me and let him feel like he won. So instead of lashing out, I removed him from my life. I deleted him from all social media. I deleted all of the pictures I had of us and said goodbye. Instead of placing the blame, I let it go. Instead of taking it out on him verbally, I sent a thought out text wishing him the best, hoping that he finds happiness and don’t treat her the same way you did with me. Don’t get me wrong, I balled my eyes out and listened to Kesha’s “Learn To Let Go” on repeat about nine hundred times, but I wasn’t about to lose myself over yet another terrible man. And honestly, after a week of going through all the stages of grief, I can honestly say, I don’t want to cut his balls off anymore. I wouldn’t be sad if his new girl did, but I’m okay with the curve ball life just threw at my vagina. I feel like a new woman!

The point I’m trying to make with this is, if you find yourself in the same situation over and over again, maybe it is time to flip the switch. Change the game, take a new path, try a different way of thinking. I firmly believe that history will keep repeating itself until you change the outcome. It is its own way of letting us learn from our own mistakes (or hopefully, in this case, you can learn from mine). This is my second (or third…) chance at being able to do the right thing, even if it means that I have to get hurt again in the process to learn.

Lesson to be learned: I need to stop dating terrible human beings.

The real lesson to be learned: History will keep repeating itself until you change it. As much as it might hurt, try taking a different approach to things and giving yourself the opportunity to see it in a different light. If you keep doing the same things over again, you are going to keep getting the same results. Now is your opportunity to seize the moment and try a different path. You have nothing to lose, so go out there and make the most of it! Also, don’t date men named Nathan, Mike, or Jim. If history has taught me anything, men with these names are bad news.

You Can Get PTSD From Staying In A Sexually Abusive Relationship