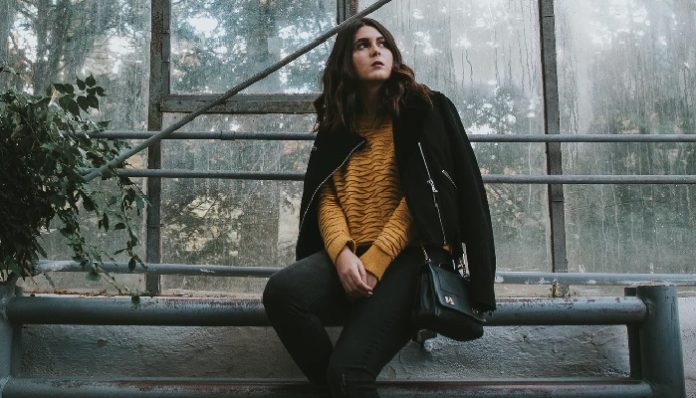 He’ll be wrapped around your little finger.

When you were young, it was easy to find a guy you liked and make him chase you – you could just grab the cap off his head at recess, and playfully run away. Now, it’s not that simple. If you want to learn how to make a guy fall in love with you, it requires something else. But this doesn’t mean playtime is entirely over.

To start off, let’s borrow a concept from folks with broken hearts… Why is it that people with broken hearts tend to easily slip back into rebound relationships What is it about them that make them seem “relationship ready” – even though they’re most likely far from that? At first glance, we may judge this person as being “too scared to be alone”, or a “serial monogamist”. But, if we discount them too quickly we miss a gem. If we look a bit deeper, we can unearth a natural phenomenon that works in their favor, when it comes to finding love:

There’s something making this person so sticky that they’re able to jump into new relationships quickly. The idea behind this is “creating a vacuum”. The way you create a vacuum is by having your life set up in a way, both externally and internally, where you have room for another’s consciousness. Room where you allow another person’s presence to enter. People who are divorced or out of serious relationships have a life that now has space – it’s the silhouette of another person. Perhaps their house is set up where they have room for another person. Maybe their time and their hobbies and their activities are set up where they’ve got space available. Because of this space, it can be very easy for another man or woman to come into their lives and fit perfectly into place – their environment is designed for another person to enter. And this plays into learning how to make him chase you.

Many women who are single and wondering how to attract men struggle with giving up the identity that comes with a full life of fierce independence. But a partnership doesn’t have to mean ceding your independence entirely; you just need to make a little room. And, of course, make him feel like he’s important enough for you. On a practical level, this may mean adjusting your schedule, upgrading from a single to a queen bed, or beginning to take up hobbies that could potentially involve a partner. In essence, that’s the first step in learning how to make him chase you – you chase him, too, by providing room.

This next concept is the internal vacuum. This vacuum exists within your heart. When someone’s broken up with, their heart is open. They’re extremely connected to themselves. They’re connected to the way that they feel. They’re very introspective. Women who maintain open hearts are attractive to men; they’re women worthy of pursuit. The reason for this is because, within her heart, she holds a space for another man to enter – someone who can influence and impact her (and vice versa). That leads us to the next step.

Step 2: Allow them to impact you.

Another concept to all this is allowing yourself to be impacted. Here, you allow yourself to embrace what someone else has to offer. And that’s one of the greatest gifts you can give a person, and a powerful way to make him want you. People, at their root, want to matter; knowing we impact someone else helps us with this validation. So, as a woman, when you can open yourself up to be influenced by a man who you desire, he feels wanted. For men, there’s no bigger turnoff than when there’s no room for a man in someone’s life. But when you allow him to influence you with his stories and his knowledge and what he can offer, you let him know that he matters. And that goes a long way in creating intimacy.

Step 3: Give them the green light – while maintaining boundaries.

Here, you create a cocktail of magnetic attraction between the two of you. When you give a guy the green light, you tell him that he’s got you. He likes this because it makes him secure. Men are constantly afraid of not being good enough, and this leaves them unwilling to pursue women that they don’t see themselves being able to catch you. But this “green light” doesn’t mean sex. It can be flirting or smiling. It can be playfully teasing him or showing him that you respect him. It can be you showing him the real you instead of putting on airs. When learning how to make him want you, the latter part is very important: men respect strong women, but they fall for those who also possess vulnerability.

Each time a guy looks into a mirror, he sees a knight in shining armor peering back, and he carries that into his relationship. He wants to offer you protection.

But, if you want to make him love you, boundaries are also important.

You should have boundaries not only in regards to sex, but also in regard to how you’ll allow someone to speak to you, or what they demand of you. You need boundaries surrounding first dates, opinions, values, and respect. When you have set boundaries, it ironically frees you up to be more of yourself! You’re better able to communicate who you are and men like that – that alone can make a man chase you. By having this sort of confidence, you’re able to be playful, sensual, sexy, and charming without questioning yourself… because you know yourself.

In the end, there’s no magic potion to learn how to make him fall for you, but the above is a step in the right direction. So get started with these concepts. And who knows, maybe they’ll have a nice ring to them?