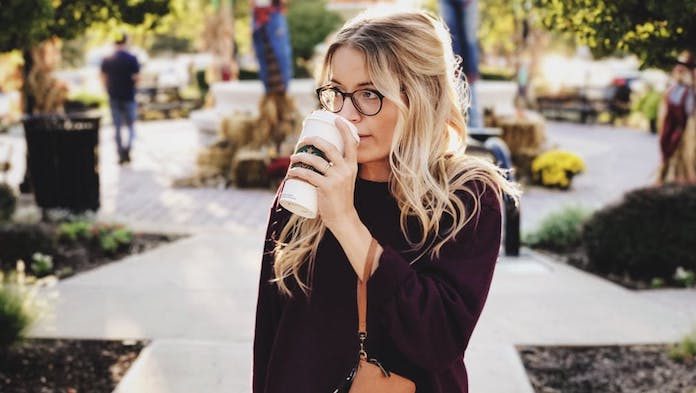 I’ve been a fully-functioning member of the “real world” for nearly a year now, graduating from a four-year university last May. Looking back, I had some really wild and conventionally unrealistic ideas about what financial stability and freedom looked like when I didn’t have school work tying me down. Since then, I’ve had a lot of realizations about these misconceptions and a lot of truth came to light about these myths about adulthood in my postgraduate life, and here’s what I discovered.

Financial stability does not just *happen*

I’m not sure why, but I pretty much expected to be rolling in the dough the minute I had that $40,000 piece of paper in my hand. I suspect that my train of thought had a lot to do with, “No more school, I can work all day five days a week.” Nope. While it was true I could now work all day long, I didn’t have the bank account to back up the rest of that idea. The worst part is that I think I knew it was an unrealistic expectation to have, yet still had it and was utterly shocked when I realized how hard it can be to build up a good savings account.

Guess what? Now that you’ve graduated, you get to PAY for it, and you get to pay for it every month for the next 10-15 years. If you don’t consolidate your loans, that’s one more bill to put on your calendar and one more thing to remember to pay for. I make two loan payments a month and sometimes I wake up in the middle of the night fearful that I forgot to pay one. One more thing to keep track of. The good news is that a lot of student loan servicers offer a wide variety of payment plans to cater to your needs, and you can also choose to consolidate your debt with a new servicer.

Budgeting is something you learn… and continuously perfect

Budgeting is honestly an art, and it’s an art you have to learn on your own (seriously, why don’t they teach this shit in high school? I mean, but thank god I know the Pythagorean theorem front and back, amirite?). Growing up, I was never good at saving my money, and once I got to college, I nailed it enough to just barely make rent every month. Now that I’m a real-life adult, I’ve found that it takes a lot of trial and error to find a good budget plan that works for you because what works for you might not work for others, and vice versa.

You really need to stick to a plan

Once you have a budget plan put in place, it’s time to put it in action and keep it in action. I’m pretty certain that I don’t need to tell you how easy it is to give in to temptation and make an impulse buy that you’ll later regret. The key to avoiding impulse buys and sticking to your budget is to imagine how you’re going to feel later when you realize you failed, as well as being realistic about how badly you really need whatever it is you were going to buy.

Credit cards are not the answer

Credit cards have always terrified me. Growing up, I had heard horror stories of people being too careless with them and really digging themselves into deep holes. It wasn’t until halfway through college that I got my first credit card, and I only got it for the sole purpose of actually building some credit. While nice to have, they are not your answer to financial stability. It just one adds one more payment to make every month on top of everything else you’re making payments on. However, credit cards are not the devil. When used responsibly, they can be great to have. I currently have three and it’s very comforting to know that I have a backup should an emergency occur.

You’ll find more and more things to pay for

Here’s some bad news for you: life is one giant bill. If you think you can get ahead by working extra hard to pay off your student loans, you’re kind of wrong. I say kind of because good for you for taking that initiative. But then you’re probably going to find that you need a new car. And then you’ll have a car payment. And insurance. Maybe you’ll get married and then you’ll have a wedding to pay for. Tired of paying rent? Buy a house, but then those cost money, too. Life ain’t free. As someone once told me, “Life’s a bitch and then you marry one.”

If your employer offers a 401K account, get one. And then take the time to educate yourself on what the hell it actually is. I was hesitant at first because my train of thought was, “like I’m really going to live long enough to retire,” but it’s sooooo nice to know that I’ve got money tucked away that I can never touch (that actually wasn’t sarcastic). I don’t recommend cashing it out early as it’s heavily taxed when you do, but should you ever find yourself desperate for money, they’re nice to have. Not to mention, you know, for when you actually retire.

BUILD IT BUILD IT BUILD IT. Start building that credit now! Banks, car dealerships, realtors… they don’t care how “responsible,” you say you are. It’s important to prove it. Get a credit card even if you don’t think you need one. Make minor purchases and pay them off right away. Or let’s say you’re looking to buy a moped. You’ve got the money in the bank, but take out a loan anyway and then pay that off right away. JUST DO WHAT YOU GOTTA DO TO BUILD IT.

And there you have it. I’ve lived the past 11 months in borderline poverty just so I could crack the code so you wouldn’t have to. It’s all from my experience, so take it with a grain of salt. I’m no expert; just a hopeful 20-something living in a hopeless world. Cha-chiiiing.