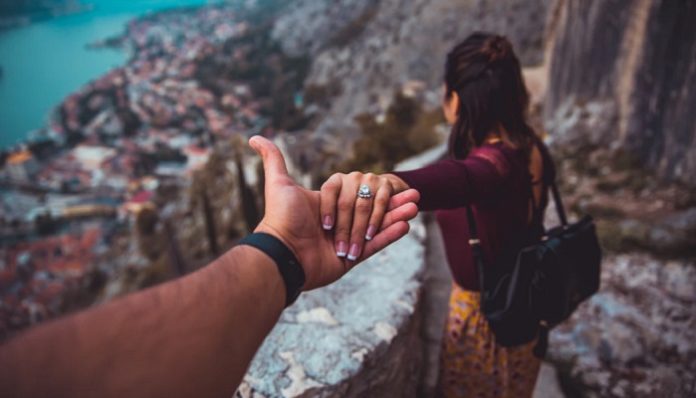 There’s a big difference between being told “I like you” and “I want you.”

Just because someone likes you or has feelings towards you doesn’t automatically mean they want you. One would assume they go hand in hand, but a lot of times they don’t. And it’s foolish to have thought they wanted you even though they express how much they liked you and could see you two having something more one day.

To be told after pouring your heart out that they don’t want you is a huge slap in the face. You begin to question yourself mentally, ”what does he mean he doesn’t want me?”.. Then you ask him, “why don’t you like me enough to want me?” And sometimes they don’t have an answer.

Most of the time it’s because you’re not what they need at that particular moment like you would hope or assume. They might genuinely like you and have feelings for you that are greater than being just friends. But they have zero desire for you. They’re only keeping you close to avoid losing you while they figure their own life out. Because there’s a chance you could have something in the future.

Sadly that doesn’t mean they want you in the future either.

It hurts to hear because you always assume that when someone likes you they want you, too. But when they don’t it’s almost like you’re being rejected at the same time as being complimented. At the height of your vulnerability, you get let down to a new and depressing low. A lonely depth of rejection and hurt. That’s what I like to call the friend zone; a place you’re becoming comfortable to be in.

And the best is, after all is said and done they aren’t willing to make a change in how you act together because selfishly they keep you around because you make them feel good. You give them the security and the attention they desperately need in the moment. But you also don’t give them the commitment which is something that makes you so desirable at the same time.

It’s disgusting to think they would willingly use you, yet always stick around because you enjoy the feeling of being needed for once. Not wanted, but needed. It makes you feel nice when someone says they miss you after days apart, and let’s be real, it can’t help but get you feeling excited about seeing each other. It makes you feel so good to know someone else is thinking about you for a brief part of the day.

Everything along your journey of “falling for each other” seemingly goes according to plan and there’s a lot of positive (so you thought) progression. You strive off of the new and the fact it’s something that’s so non-familiar, yet still is at the same time. It’s natural to meet someone and have wonderful and overwhelming feelings but sometimes it’s not how it works out.

You may want him really bad because you like him, obviously, you want to solidify your feelings in the beginning of what you think is a new relationship. You become comfortable and become a need, your dependent on each other and there is no way you could be apart (in one of your minds anyway). But when they other person doesn’t openly admit they want you, you tend to want him more. That desire burns hotter and suddenly he becomes the prize you’re striving for. But the feeling isn’t always mutual and you need to accept that someone doesn’t necessarily crave you in the same way.

Out of nowhere he becomes something that satisfies you, yet leaves you wanting more. You’re in a vulnerable state and you question why he hasn’t made the move to make things official. When you have that conversation, he admits that your Mrs. Right just not Mrs. Right Now. He enjoys your company but doesn’t want anything more because he’s not ready for it.

It’s semi-understandable the more you debate it in your head, and ultimately it’s up to you to make a decision on how you want to handle this situation. Just remember: they only want you because they need you, they don’t need you because they want you.