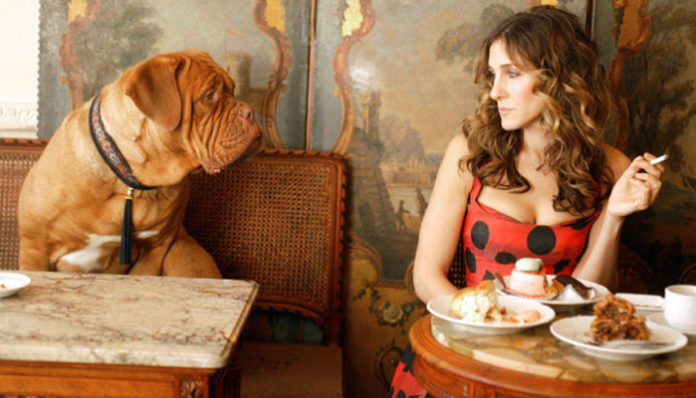 As women, we overthink everything. While men can be complex creatures when it comes to most things in life; sometimes they give us the simple answers that we need. The problem is: we as women, over analyze everything to the point that we lose our minds. Women tend to dissect and pick apart the most minuscule moments, hoping to figure out what a man is thinking when it comes to a relationship when sometimes the answer is right in front of us.

It is hard to believe that men can be simple with their feelings. By simple, I mean in the lack of action they give towards us, they give us the answers that we need. Women tend to be optimistic when it comes to the male species and make excuses for their shortcomings. Rather than to see what is right in front of us, we choose to create our own reality of what is happening. And with that, we have created this overanalyzing pattern that we continue to create with every man and in every relationship. The over thinking has got to end!

Here are some basic tips to understanding the male species (no over thinking required):

1. No call means he is not thinking about you. If he is interested in you, he will call. No questions asked. Both of his hands didn’t get broken while saving his grandmother from a burning casino and he has no way of communicating with you. His phone was not stolen by a pack of wild gorillas charging through the city. He was not recruited by Liam Neeson and assisting him in the filming of Taken 4. If he wanted to contact you, nothing would stop him from doing so.

3. No invitation other than the bedroom means he wants nothing other than the bedroom. If he is “too busy” to go out to dinner, but not busy enough for you to come over for a roll in the sheets, he is not interested in you other than just for a horizontal tango. A strenuous yoga session in bed. A vigorous game of Twister in the bedroom. He is looking to do the deed that “must not be named” (Yes, I just made a Harry Potter reference sexual). Point blank, he would like to make you his booty call and keep it that way. This is not the Bachelor. He is not going to magically fall in love with your golden heart through the work of your “platinum vagina”. When it comes down to it, if a guy is not making time for you other than in the bedroom, he never will.

4. No answer is an answer. If he is finding a way to avoid answering the question that you are asking, he is avoiding giving you the answer that you do not want to hear. He didn’t mysteriously go blind to that part of the text and forget to respond to the question. It is 2017, his iPhone did not not receive the message, voicemail, and email you sent. He does not suffer from short term memory loss every time you ask him the question. If he is not answering, he is just choosing to avoid the topic at hand. Whatever is happening between you two, he doesn’t want to lose it, so he is going to avoid the end as much as he can. Thus, he will play dumb and avoid the question at all costs.

While men may be complex creatures when it comes to life, they can be simple when it comes to showing their interest in you. We as women, need to stop overthinking it. Rather than making excuses and being optimistic towards the situation, we need to see what is right in front of us. As hard as it might sound, if he is not making an attempt to be around you/get to know you, he is not interested. Ladies, keep your eyes open and stop over thinking it!

Featured Image via screengrab from Sex In The City.